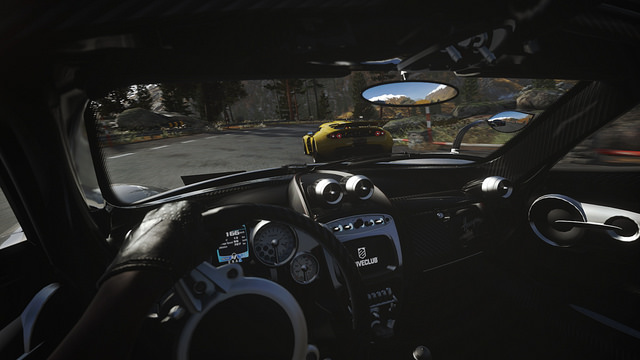 Evolution Studios got a head start on the line of announcements that are anticipated from this year’s Gamescom in Cologne, Germany, and it has announced that Driveclub VR will be launching this year exclusively on PlayStation VR.

Despite the Japanese PlayStation blog confirming Driveclub VR being a full title for the PlayStation VR (although the blog post has now been taken down), it has now been officially announced by the studio itself. Driveclub VR‘s main features were detailed along with this announcement, including its online VR multiplayer, single player career, and time trial modes; new and classic tracks, which includes five new Urban locations; more detail to admire in Inspection Mode; appreciate the tracks with cruise control; and experience replays as a passenger in VR.

The studio has outlined why they have created a VR title, and what to expect out of it: “We’re passionate about trying to create the most memorable and exhilarating gaming experiences possible, so being given the opportunity to take Driveclub to a more immersive level thanks to VR is really thrilling.

“This not only allows players to truly feel the incredible speed, sensation and precision of driving some of the world’s most exotic high performance cars, but also the chance to race against or with one another in a completely new way.”

Driveclub VR will be demoed during Gamescom, and the title will be a launch title for PlayStation VR’s launch.

For more on the latest PlayStation VR releases, Driveclub VR updates, as well as all the news and features in the world of VR, make sure to check back with VRFocus.