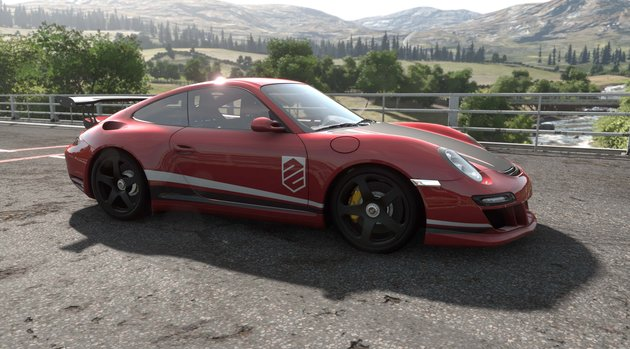 Evolution Studios has a long history with virtual reality (VR) technology and its possible support for PlayStation 4 exclusive racing simulator, DriveClub. When the first rumours of Sony Computer Entertainment’s (SCE’s) head-mounted display (HMD), PlayStation VR, first appeared in early 2014 the then-upcoming title was one of the first to be put forward as a good candidate for support. When the device was revealed, it was confirmed that integration had indeed been tested, but ultimately passed on. Now it appears that VR support is one again possible for DriveClub.

Eurogamer is reporting that Evolution Studios is showing its popular racing title running on the device behind closed doors at Paris Games Week this week. According to the site this is simply a prototype for now, with Evolution Studios making some optimisations to hit 60fps over the 30fps seen in the retail version, though it wasn’t confirmed if this was then being ‘reprojected’ into 120fps, which 60fps native titles can do with PlayStation VR. Changes included reducing the total number of racers on track from 12 to eight. The demo is also being shown with the Thrustmaster T300 racing wheel peripheral.

There is, however, a chance support could reach the full version of DriveClub, as explained by Evolution Studio’s Paul Rustchynsky. He told the site: “We’ve got plans for the next six months. We’re going to be releasing more content, more updates and more features. We’ll keep that going. DriveClub VR? At the moment it’s just a prototype. We don’t know what we’re going to do with that just yet. If it gets good reception here – which I think it will – I think that could turn into something more than just a tech demo.”

This isn’t SCE’s only racing simulator to be linked to PlayStation VR this week. Polyphony Digital’s Gran Turismo Sport made a surprise announcement at its PGW press conference last night and was confirmed to be supporting the device. As for DriveClub, the title saw the launch of new DLC adding bikes. The content has also been released as a standalone pack.

VRFocus will continue to follow DriveClub closely, reporting back on any further VR-related updates for the title.