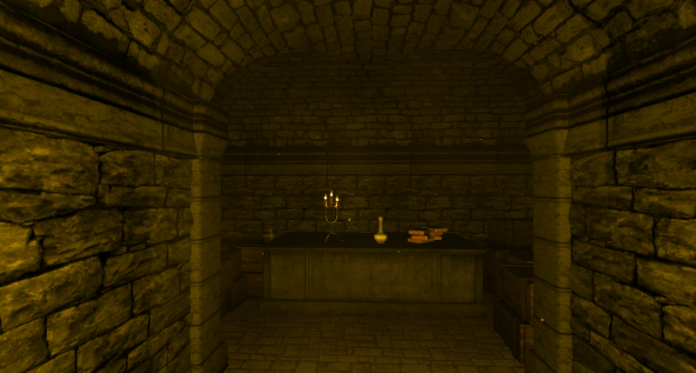 White Door Games has been supporting virtual reality (VR) for a number of years now, through its survival horror title Dreadhalls. It debuted at the Oculus + Indiecade VR Jam back in 2013, and last year arrived on Samsung’s mobile VR head-mounted display (HMD) Gear VR. Recently the developer released a PC trailer for Dreadhalls, confirming its launch on 28th March 2016, the same day as the consumer version of the Oculus Rift arrives. Now available on the Oculus Store for Gear VR is a limited time discount for the videogame.

Dreadhalls puts players in an expansive dungeon, which must be explored to find a way out. But to survive the dangers that lurk in the dark, stealth is key. There’re no weapons to help, just a dim light to see through the blackness.

VRFocus will continue its coverage of White Hall Games’ Dreadhalls, reporting back on any new updates.