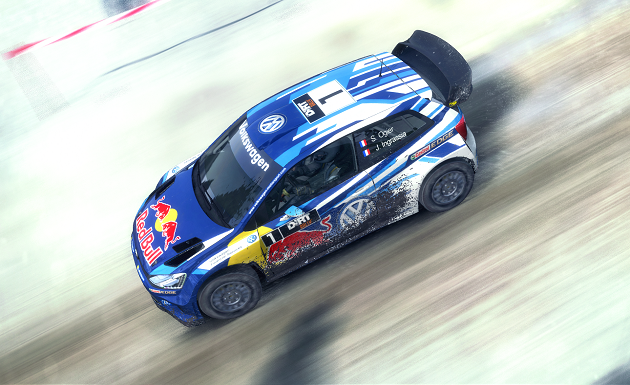 Codemasters & Koch Media today announced that the full version of the DiRT Rally has launched on Steam. The title launched via Steam Early Access in April of this year, complete with Oculus Rift virtual reality (VR) support as standard, even though the official description of the title from Codemasters offered no mention of VR nor the Oculus Rift HMDs.

Today’s Steam launch also brings with it the Winter Wonderland update, which delivers a new rally set in the snow and ice of the Varmland region of Sweden. These stages are known for their snow banks and Codemasters has developed a new soft edge tech that simulates the density of snow. As a result, players can now lean on the snow banks when pushing for those stage records. The Winter Wonderland update is free to all DiRT Rally Early Access players. The update also brings two new cars to the game, the Hyundai Rally and the Volkswagen Polo Rally.

And as part of Codemasters commitment to improving the features in DiRT Rally the Winter Wonderland update also sees the introduction of Steam Workshop support that allows players to share Car Setup & Force Feedback settings. The update also sees improvements and refinements made to Global Leaderboards and League support.

DiRT Rally will also be coming to Sony Computer Entertainments (SCEs) PlayStation 4, Microsoft’s Xbox One and Windows PC(DVD) on April 5th 2016. With Codemasters current commitment to VR with Toybox Turbos also featuring support, the studio may well decide to bring DiRT Rally to PlayStation VR as well as Oculus Rift.

VRFocus will continue to follow any further VR updates from Codemasters closely, reporting back with the latest developments.