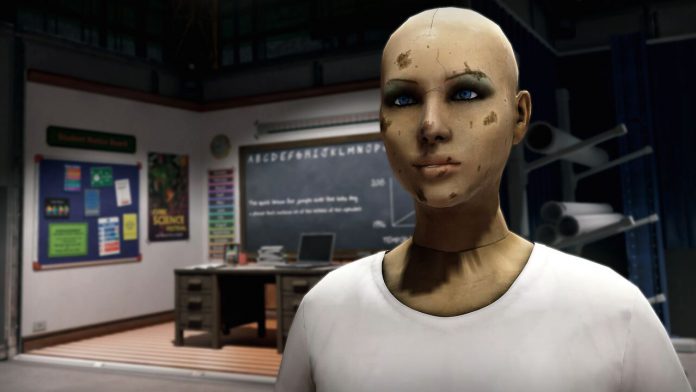 “That’s a great description to say that it’s a proper VR videogame,” nDreams CEO Patrick O’luanaigh says of the company’s upcoming adventure title, The Assembly. “It’s not just a VR demo stretched out. We think that experiencing, searching around, exploring is just perfect in VR and we hope to be one of the first games that shows that. You can tell a great story, you can have really great interaction with objects, you can solve puzzles, move around and it’s just a really nice demonstration of storytelling in VR and all that.”

Other members of nDreams, Senior Designer, Jackie Tetley, Senior Audio Designer, Matt Simmonds, and Art Manager, Martin Field, nod in agreement as they lean in to discuss the studio’s first major VR release. The Assembly, a narrative-driven first-person experience in which players explore the work of a secretive, renegade organisation as two characters rooted in its secret base, has been a long time coming. First properly announced at E3 2014, it spent a year in the shadows before remerging with a new trailer. Now that the launch of consumer VR is just weeks away, it’s finally time to start talking about release.

But nDreams doesn’t see The Assembly as something to simply throw out with other offerings on the launch days of the Oculus Rift or HTC Vive. As O’luanaigh said above, the team views this as a true videogame that goes beyond the novelty that many of those day one titles rely on.

So, what goes into making a true VR videogame?

That’s what this small selection of the team was in town to discuss during this week’s BAFTA event in London. Each presented a section of the talk based on their field, revealing a three pronged attack to making a full VR title. 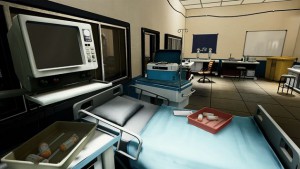 Tetley takes the stage to discuss the more general design aspects of VR, which any developer working with the tech should be used to by now. But the developer enlightens the audience with revelations about the parallels developing in VR can draw with real life. “We all live in the world, we’re all used how the world works, so there’s no point reinventing the wheel,” she tells the crowd. “Let’s use a lot of the techniques we use in everyday life. It’s such an immersive medium that it makes sense to operate as you would in real life.”

That involved experimentation; what works in VR and what doesn’t? Trial and error has taken up a lot of VR studio’s time over the past few years, and nDreams has come out the other side of with what it believes is a comfortable, engaging experience. Tetley talks of leaving real notes in an environment to create consistent, believable ways of informing a player. “This is all very familiar to us from real life,” she explains. “So it’s something we can really identify with, and we don’t need explaining in this virtual world.”

This comes at a price, though, as Tetley touches upon having to allow players to do things the studio would rather they didn’t. But that’s the cost of delivering an immersive experience.

Next comes art, which Field notes can be largely similar to working with traditional VR videogames with some key differences. The biggest of these is control. “You’re no longer in control,” he says from a developer’s point of view. “You’re no longer the director of photography. The player is your cameraman. If you want to retain that direction, if you want to keep control of the frame of your shot, you need to guide the player to frame that shot for you.” He talks of designing environments to ‘grab attention’ in the right places. 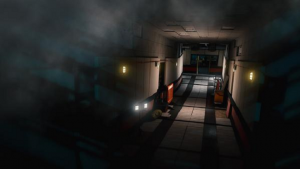 Field also speaks to the need for consistency across an entire environment, and the inability to create shortcuts. Players are going to explore every detail of these worlds, especially in early VR, so everything from the underside of a table to the space behind a wardrobe must be perfectly rendered in tone with the rest of an area.

Finally, Simmonds talks about the vital importance of convincing audio in VR. “For VR to be truly immersive, it needs convincing sound,” he notes. “Audio, in line with all the other disciplines of game production, has advanced in many ways over the years. As you know, these days it’s not unusual to record at Abbey Road or any other high quality production studio where you’d have films and television done.”

VR brings ‘extra challenges’ to this specific discipline, though. One of the biggest of these is detail. With players free to lean in and inspect minute details for the first time, the audio has to keep up with where their head it located, what direction they’re facing and what’s located around them. This puts a strain on the audio that didn’t exist before, and consistency becomes harder to achieve than ever. Extra layers of audio effects are added; Simmonds using an example of walking behind a computer and hearing the hard drive humming, or fans whirling. It’s essential to creating believability in these worlds.

Talking to VRFocus earlier on, the team noted that The Assembly was now playable from start to finish, and some vital tweaks and additions were being made in the run up to launch, which should be within the first few months of the Oculus Rift and HTC Vive’s release, with a PlayStation VR edition coming later down the line.

Work on The Assembly will be winding down in the coming weeks and months, then, but will it all have been worth it? O’luanaigh is optimistic that year one will deliver. “VR’s starting to launch now, which is fantastic,” he states. “And I think as you move through the year you’ll see install bases growing and growing and growing and you’ll see more high quality games being announced, you’ll see more interesting things coming out. And I think it will just grow nice and quickly leading up to Christmas where you’ll see the first big consumer Christmas for VR. And I think you’ll see other headsets announced as well, so I think it’s going to be interesting.”