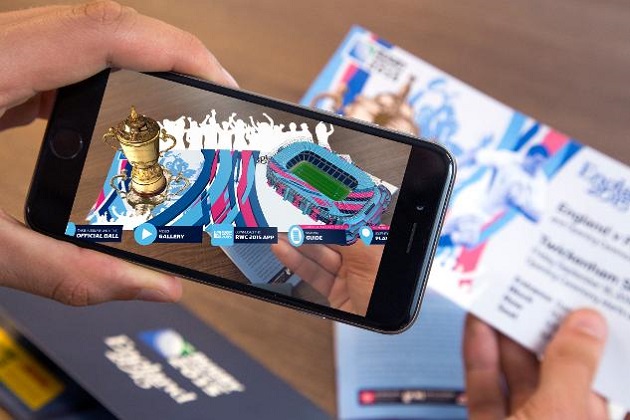 The world of sport has taken to virtual reality (VR) and augmented reality (AR) technology with gusto. Whether its training athletes, promoting events or getting fans closer to the action than ever before, it seems those involved sees VR and AR as the next big step. Some of the driving forces behind this come from the creative agencies hired to promote the brands and teams, like Pitch.

Paul McCormick, associate director at Pitch, has said that current innovations in VR were “just the beginning” for sports advertising reports The Drum. “Sports evoke feelings of passion and excitement and fans crave more information on their heroes,” said McCormick. So fans have: “Given brands involved in the sports industry the opportunity to push the boundaries through engaging content.”

The recent Rugby World Cup used AR on its tickets and at 15 fanzones through Blippar’s image recognition app, to reveal exclusive content hosted by Rugby World Cup 2003 winners Jonny Wilkinson, Lawrence Dallaglio and Will Greenwood among other features. Omaid Hiwaizi, president of global marketing at Blippar, has said: “It’s not really a choice for brands – I think people will quickly reject brands that don’t act a bit like an excited or knowledgeable fan in the next seat – albeit one who knows that they have to shut up at certain points in the game”.

Hiwaizi makes a similar comment to McCormick, adding: “The passion and tribalism of sports fans isn’t something that’s replicated in other industries” thus allowing “context for new types of digital technology to gain scale”.

As sport is so emotional for so many fans, companies are seesing on this to help drive new and exciting content as the VR industry grows as a whole.

VRFocus will continue to report on all the latest VR innovations used in sport, reporting back any developments.