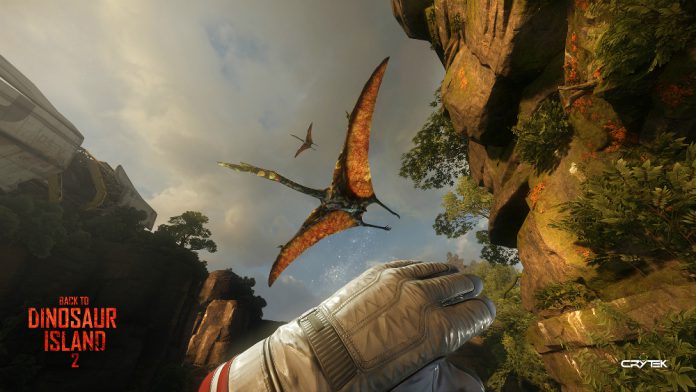 Crytek is one of the biggest developers out there currently working in virtual reality (VR) technology. Last month the company confirmed that its first full VR videogame, Robinson: The Journey, would be coming to the PlayStation VR head-mounted display (HMD) for PlayStation 4. That doesn’t mean the studio has left its original VR tech demos in the dust, however. In fact, the company is showcasing its second demo, Back to Dinosaur Island 2, at the VR Intelligence Conference (VRX) today in San Francisco, California.

Not only is the company’s most recent demo at the event, but it’s being shown on the Oculus Rift’s first consumer version (CV1). This marks one of the first times that the kit itself has been showcased outside of an official Oculus VR stand at an event or one of its own conferences. To top that all off, Crytek CEO Cevat Yerli spoke at VRX earlier today, discussing ‘Building integrity in virtual worlds’. VRFocus liveblogged the talk, and you can catch up on it over here.

Both Back to Dinosaur Island and its sequel formed the foundations for Robinson: The Journey, which casts players as a young boy named Robin that crash lands on an alien planet that’s infested with dinosaurs.

VRFocus will continue to follow Crytek’s work in VR closely, reporting back with the latest updates on its progress.

The post Crytek Showcasing Back to Dinosaur Island 2 on Oculus Rift CV1 This Week appeared first on VRFocus.