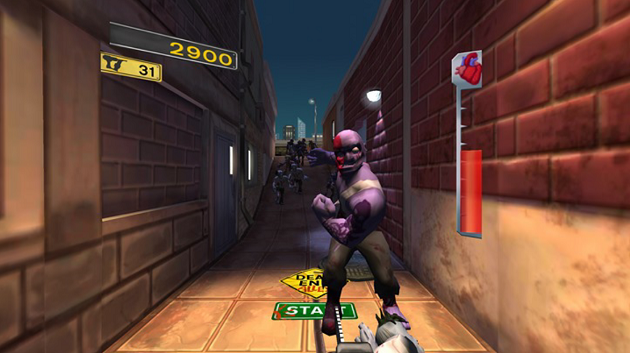 Dead End Alley has a simple premise, kill as many zombies as possible with the ultimate undead killing machine, the chainsaw. Build up your score by killing wave after wave rotting corpses whilst trying not to get killed yourself. And as with all chainsaws be careful of being over zealous and letting it overheat, it’ll stall and it’s your only weapon, so get it restarted and continue the carnage.

This is Cry Havoc Games’ first virtual reality (VR) title for the Gear VR headset and is rated at ‘Comfortable for most’ on the Oculus store. All controls can be mastered with the HMDs head-tracking and built-in touch pad, no external Bluetooth controllers are necessary.

VRFocus will continue to follow any further VR related project from Cry Havoc Games as further details are released.