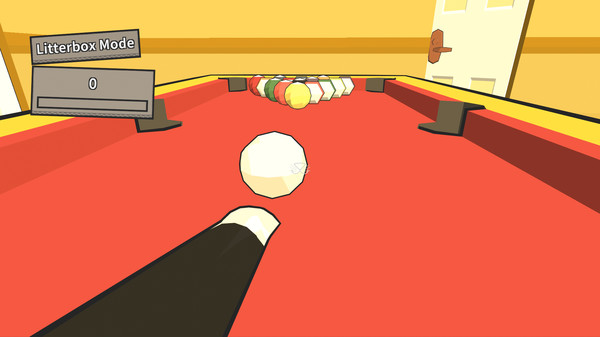 Developers for virtual reality (VR) haven’t been shy of expressing their love of cats, from a number of 360-degree videos of kittens to destroying alien cats in a way that doesn’t feel so mean. One of the latest titles to launch for the HTC Vive head-mounted display (HMD) is Catlateral Damage VR, a simulator for real cat lovers where the player wreaks havoc in the form of the untameable pet as well as enjoys the simple life of it.

The title, developed by Fire Hose Games, is a first-person cat simulator that puts the player in the perspective of a destructive and vengeful cat that goes on a rampage to knock as many items to the ground as possible using the motion controllers to bat and paw around. Catlateral Damage VR has two game modes which are Objective Mode to race against the clock, or Litterbox Mode to take it at your own pace in true cat-style. The title also includes 34 Steam Achievements the player can obtain while destroying collecables and messing up every room in the house, such as defeating the laser pointer or knocking over 20,000 objects. As well as the achievements the player can enjoy a wide variety of real-life cat photos – 230 of them – as well as unlockable cats and power-ups.

The videogame has been in development since 2013, and has experienced a successful Kickstarter campaign where it received $21,000 USD more than the original $40,000 goal, and it has recently received VR support.

Catlateral Damage VR is available for free as an addition to Catlateral Damage itself which is priced at £6.99 GBP on Steam. As well as the original game, there is also the soundtrack available as downloadable content at the price of £0.79.

For the latest on HTC Vive releases as well as all up-to-date news and features in the world of VR stay with VRFocus.