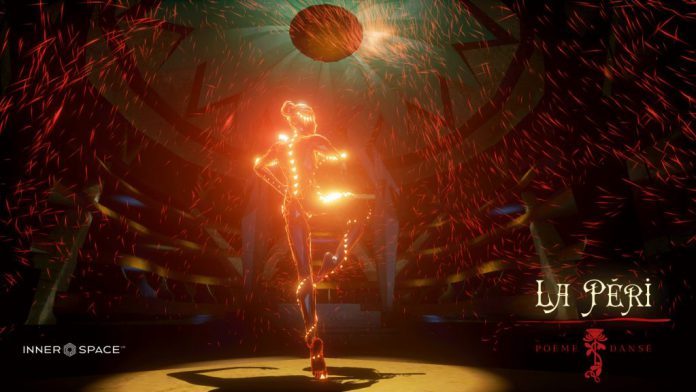 Innerspace VR has released a narrative-driven ballet experience for room scale virtual reality (VR). Firebird: La Peri has now been released as a Steam Early Access experience, and it is much more than just another music-led video experience for VR.

Designed round the classical piece La Peri, this piece is inspired by Walt Disney’s Fantasia and features actor John Rhys-Davies, who has featured in Steven Spielberg’s Indiana Jones and Peter Jackson’s The Lord of The Rings, who narrates Firebird: La Peri.

Firebird: La Peri concentrates on a ballet performance which was motion captured which comes across as a dancing spirit, accompanied by other magical creatures on the journey the viewer is taken on.

This piece takes viewers to another world where they must capture pieces of the Prince’s heart to ensure immortality, but in order to do this they must avoid the spirit which dances before them. This spirit eventually dances round the viewer in an attempt to bewitch them.

“When working on the Firebird franchise, it was evident that we wanted a strong voice and John RhysDavies was the obvious choice. His legacy in gaming and entertainment is unparalleled”, said Balthazar Auxietre, CCO and co-founder of Innerspace VR.

“I love watching dance shows and going to the ballet, but I’m usually a bit frustrated to be so far from the stage and the dancers. So, with the power of VR the idea came about to let users enter into the magical world of ballet,” Auxietre also said in the trailer that features on its Steam page, and also below.

As this is a Steam Early Access title, planned improvements include: small interactive features based on user actions, embellishment of effects and environments, refined mechanics, sound improvement, added animations, and shortened transactions.

Firebird: La Peri is available for £6.99 (GBP) as a Steam Early Access title for the HTC Vive.

For more on the latest HTC Vive releases, as well as all the updates, news, and features in the world of VR, make sure to check back with VRFocus.