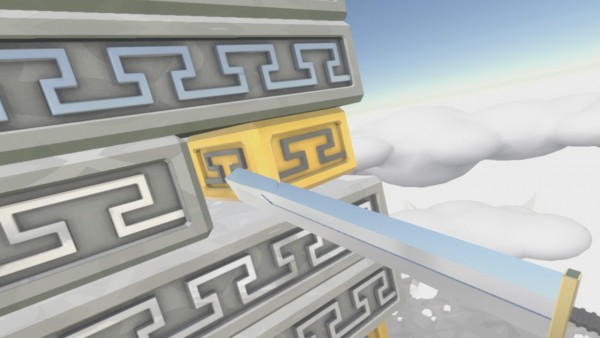 The HTC Vive can really bring out the true immersive capabilities in games, especially strategic physic-based videogames that require you to move round objects and inspect them. In one of the latest virtual reality (VR) titles to be launching on Early Access, Babel: Tower to the Gods, this is exactly what is aimed to be achieved using the Vive head-mounted display (HMD).

Babel: Tower to the Gods, developed by Ruce, is a physics-based VR puzzle videogame where the player takes on the role as the God of temple-care and safety, using divine tools and weaponry to disassemble each tower piece by piece while protecting the sacred totem. Using the HTC Vive motion controllers, the videogame promises to be immersive, utilising room scale VR and testing the player’s coordination skills.

The title will be available this month on Steam’s Early Access, and will require a play area of at least 2m x 2m. For the latest in VR news and updates, check back with VRFocus.