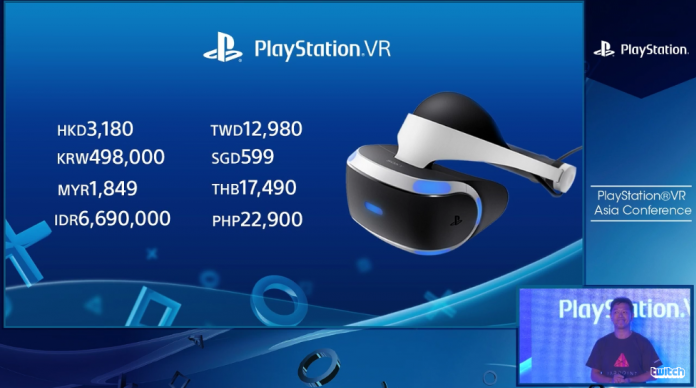 Today Sony Interactive Entertainment (SIE) held its PlayStation VR Asia Conference to announce its launch plans for the head-mounted display (HMD). Among the various demo trailers SIE revealed that pre-orders in Asia for the headset would go live this Saturday 30th July.

Customers in Hong Kong, Taiwan, Korea, China, Singapore, Malaysia, Thailand, Indonesia and the Philippines will all be able to head to selected PlayStation Authorised Deal stores, Sony Stores and Sony online to place their orders.

The conference today certainly showed that SIE has firmly set its sights on Asian territories even though the pre-order release is several months behind the western pre-order release. That happened in March when SIE revealed pricing details at the Game Developers Conference (GDC) 2016. Retailers have already gone through several pre-order phases as each one quickly sold out of their allocated stock.

SIE hasn’t revealed if a similar system will be put into place for the Asian market. Keep reading VRFocus for all the latest news on PlayStation VR.