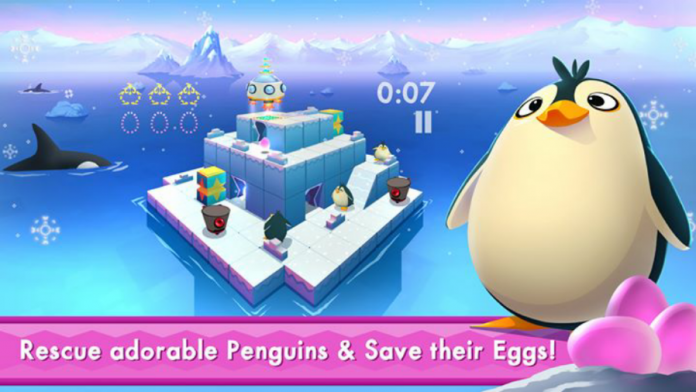 Samsung and Oculus VR’s first consumer-ready virtual reality (VR) head-mounted display (HMD) launched in the US last week. The Gear VR mobile-based device is now available for $99 USD with an international rollout expected in the near future. Plenty of new videogames have come to the device over the past few weeks in the build up to this launch, many of which VRFocus has previously covered. One title that has arrived somewhat out of the blue today, though, is Waddle Home from Archiact Interactive.

Waddle Home sees players set out to save a group of trapped penguins. The title is played from a third-person isometric view from which players guide penguins down a path to safety while also collecting eggs. Obstacles include traps and patrolling guards that the penguins must avoid in order to get off out of the area safely. Players will be scored based on their completion times and the amount of eggs that they collect in each level. A total of 30 levels feature and a gamepad isn’t required to play it.

This is actually the developer’s second release on the platform, as it launched Lamper VR on Gear VR back in August 2015, though that title also hit Google Cardboard where this is exclusive to Oculus VR and Samsung’s device for now. VRFocus will continue to follow any and all release for Gear VR, reporting back with the latest updates on them.