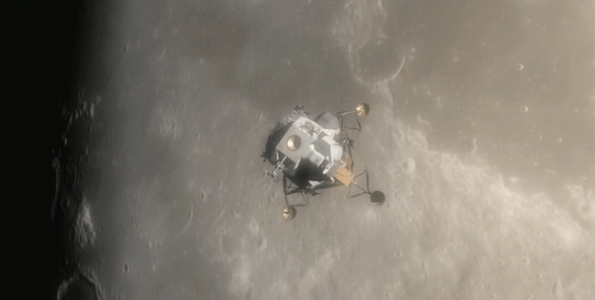 There have been out-of-this-world reactions to Apollo 11 VR, including the successful Kickstarter crowd funding campaign, a father being brought to tears after the experience, and even real life astronauts giving it a go. This virtual reality (VR) space demo of the Apollo 11 mission is still being developed to become a more immersive educational experience for the Oculus Rift VR head-mounted display (HMD) second development kit (DK2), which can be seen in the new animation process preview posted yesterday.

This video features Nick Pittom, who has worked on other VR titles such as Crystal Rift and Windlands, giving a full demonstration of how the perception neuron motion capture suit is used to enhance Apollo 11 VR. He explains where the suit’s 32 sensors are attached and how lag-free the technology is, then goes on to show how it is adapted to the onscreen astronauts that will feature in the videogame.

Apollo 11 VR is an educational venture, which plays a large part in VR potential. During the simulation the user goes through a similar experience Neil Armstrong and Buzz Aldrin did in 1969, with the use of official NASA archive footage and audio to educate students on the landmark Apollo 11 mission.

For more updates on the development of Apollo 11 VR check back with VRFocus.