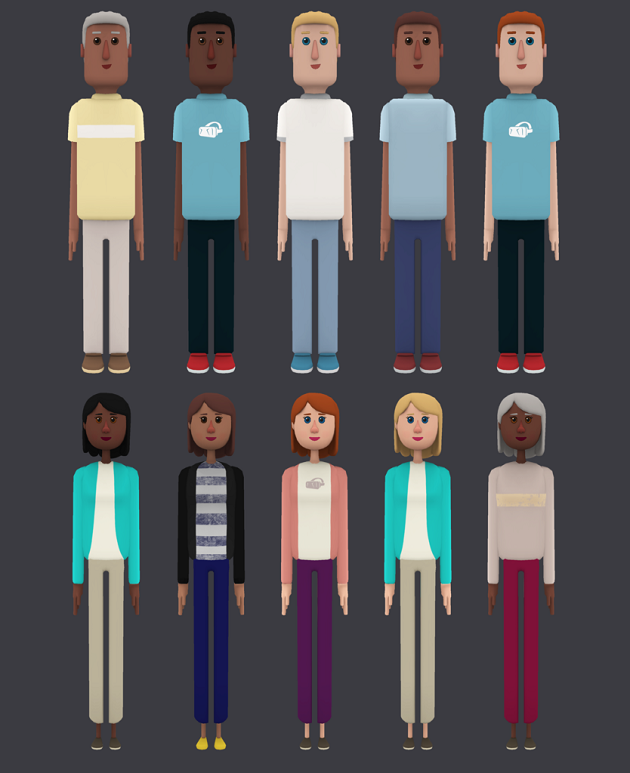 AltspaceVR the company developing a virtual reality (VR) communication platform, for head-mounted displays (HMDs) like Oculus Rift, will be launching new humanoid avatars to the platforms roster. This will effectively double the amount of personalisation options available to users.

The new additions will include male and female avatars, and an extra 90 clothing combination choices to experiment with, as the sample image below indicates. Alongside the humanoid characters, AltspaceVR will be adding some new fun avatars for those that want something a bit different – like bumblebees and helicopter heads. The avatars will also get enhanced features, such as blinking eyes and moving mouths that correspond with conversations in the virtual world, giving an extra depth to the immersive experience.

All the new features will launch tomorrow, Thursday 17th December, for users of the platform to try out.

Over the last few months AltspaceVR has been busy developing its VR communication platform. The company announced that it had raised $10.3 million USD with the help of investors, bringing its total funding to $15.7 million. And it will support the HTC Vive and Gear VR HMDs.

VRFocus will continue to follow all the latest news on AltspaceVR, reporting back any new announcements.