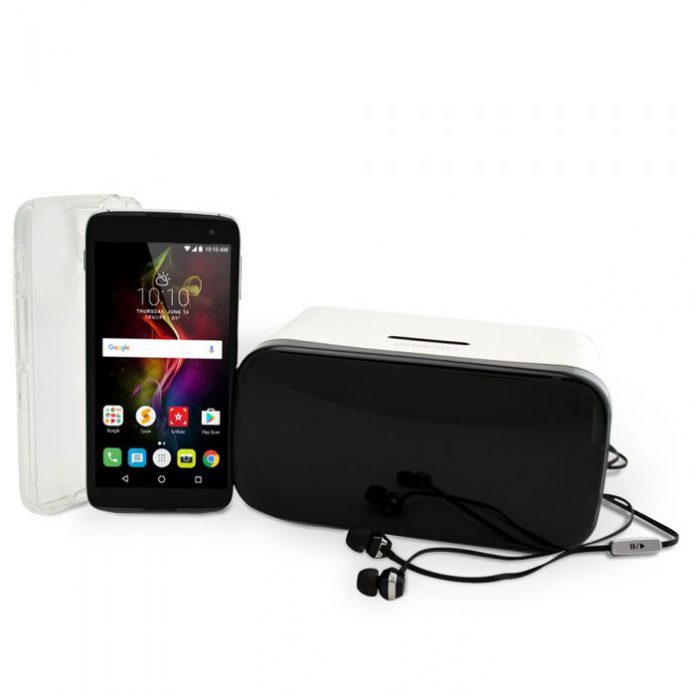 Alcatel has already announced its intentions in dedicating its efforts to producing virtual reality (VR) products, and now the company is going to release its IDOL 4S smartphone in the US, with pre-orders available from tomorrow. One of the elements in this release that gives it a certain edge is the fact it will be packaged in a VR head-mounted display (HMD).

The HMD, which Acatel subs ‘VR goggles’, doesn’t seem to be much different than other HMDs that are in between the likes of the Google Cardboard and Samsung Gear VR, with the exterior of the latter and the power of the former. This will serve as the actual boxing for the phone, and is described as an industry first. The IDOL 4S compared to the IDOL 4 is a small but mighty step up, with increased CPU with the Qualcomm Snapdragon 652, 3GB RAM, larger and higher definition display, 16MP camera, larger internal storage, and slightly more powerful battery.

Earlier this year Alcatel was reported on being the first company to anounce its support of Google’s Daydream-ready smartphones, which is said to be coming out during the first half of 2017.

“Qualcomm Technologies is excited to work with Alcatel on the launch of the IDOL 4S,” said Mike Finley, senior Vice President and President, North America and Australia, Qualcomm Technologies, Inc., in a press release. “The Snapdragon 652 processor is capable of supporting amazing visual detail for Ultra HD mobile videos, 16–megapixel photography with fast autofocus, mobile games and other types of applications with an improved battery life that consumers demand in their next generation devices.”

Those who order the pre-order bundle, they will receive:  IDOL 4S and VR goggle bundle, 2.5D tempered glass screen protector, JBL headphones, an IDOL 4S protective case from our accessory partner, Incipio, as well as free shipping on their order.

The smartphone’s pre-order price is $349.99 (USD), with $400 being its full retail price, and it will be available from 8am PT tomorrow on 15th July on Alcatel’s website. Shipping will begin early August.

For more on Alcatel’s VR developments, as well as the latest news and updates in the world of VR, make sure to check back with VRFocus.