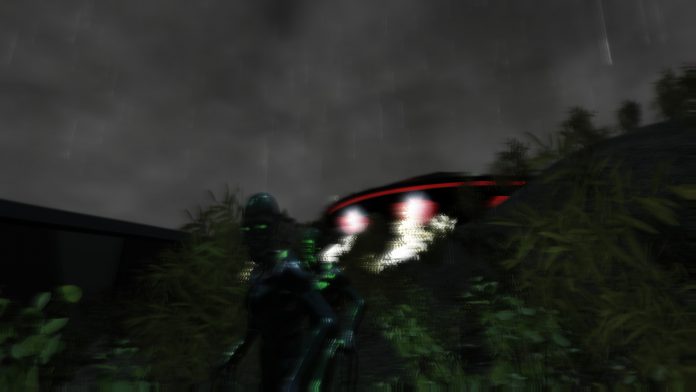 One of the ways in which virtual reality (VR) titles receive popularity and validation as a title is through launching Steam Greenlight campaigns, such as Windlands which has come a fair way since its own campaign. Now Abduction has the title of being Greenlit, and it has plans of moving forward for releases.

Abduction is a puzzle survival videogame, where it is up to the player to decide the best way to survive after waking up in the middle of the night to realise they are not alone. Making their way through the apartment, the player will find tools they need to survive the abduction. There is room for character development that will lead to different ways in which they can handle the life or death situation, such as taking either a more stealthy approach or brave stance by taking them on head to head. There is one warning given which gives a sense of alarm and impending doom: “But when you see a hunter, just run.”

Yesterday Red Iron Labs released a blog post acknowledging their success, saying: “A big thank you to EVERYONE for helping, spreading ideas, and sharing us out there!  Without your help and support, this game will never take off.  And because of you, we now have the opportunity to begin creating the first of many really cool games to come”

They went on to detail what will come next, and the alpha release will be what now follows as it will be open up to a very restricted group for testing, and the public will be able to pre-purchase and access alpha access in a month, which coincides with the plan to start up a crowdfunding campaign. The full version is said to launch in time for Halloween this year, and it will be available on HTC Vive, Oculus Rift, and OSVR.

For more on Steam Greenlight campaign success, stay with VFocus.