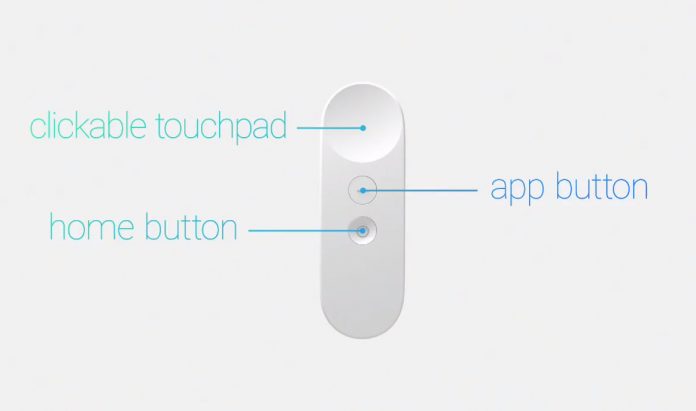 Google I/O 2016  has returned for a second day of reveals, but with more expansion on what was touched on in the opening keynote presentation where Google’s latest virtual reality (VR) mobile-based head-mounted display (HMD), Daydream, and its standardised controller that comes as part of the bundle. This controller was highlighted a fair few times during this more in-depth presentation, including how it works and why Google has decided to go down this route, and so VRFocus has outlined all there is to know about the inclusive accessory.

What we learnt from the presentations during Google I/O 2016 was that the controller has three main components: A clickable touchpad, an app button, and a home button. The clickable touchpad is the main component where the user can move the pointer that they see as well as interact by clicking on it. This feature highlights that the controller may not be as fully fleshed out as the likes of the Oculus remote, but provides enough freedom so that the user can perform tasks such as flipping pancakes or fishing. However the controller does have three degrees of freedom (DoF), which means the accessory has enough movement and freedom to let it sense when it’s going up and down, left and right, and being tilted.

The app button is simply explained as “totally under the developer’s control” – this is the button that will be used to define videogames and applications that are developed for the controller, and Google has made development for it easy with its controller emulator. But, very much like the Samsung Gear VR, Daydream will have very limited controls as a whole as the app button and clickable touchpad are both located close together on the same controller.

The home button isn’t a stand-out feature but is a standard button that is featured on most controllers, which will return the user to the home screen while using an application on Daydream. As well as these three buttons there is also the bolume buttons on the side of the controller, which will help to reduce having to switch between operating the phone, headphones, and controller, something that not many other controllers possess surprisingly enough.

The word that keeps occuring when talking about Daydream as a whole is ‘versatility’. What can be gathered just by looking at the control is that it has a simple design, is button-light, and will not weigh the user down during VR experiences and videogames. It was shared during the presentation that Google has been playing around with in-house controller applications and has found 15 uses for it so far. Nathan Martz, Product Manager, explained how versatile the controller can be: “It’s precise enough that it can be used as a laser but it’s also responsive enough that you can swing it like a tennis racquet.” 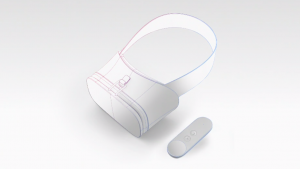 The standardisation of the controller is not something that has been seen in mobile VR, but it makes sense to do so for both developers and consumers. For developers it means that they know what they are aiming for, rather than designing controls that won’t be utilised by some independently developed hardware, and consumers can then avoid the annoyance of searching for the best controllers and buying additional accessories. Overall, the controller is a handy little gadget that keeps Daydream simple, and Google so far is known for its simplicity in VR.