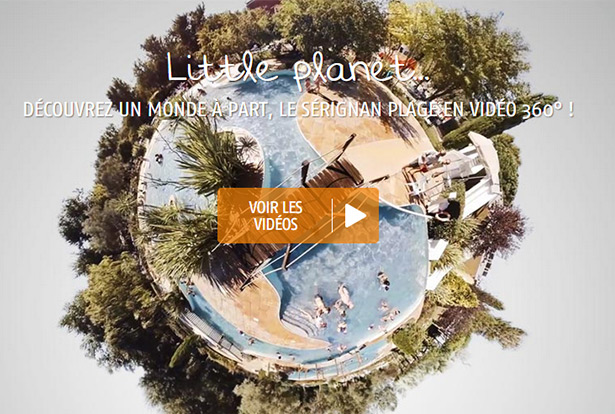 Lucien Letellier presents a 360 degree video of the campsite Le Sérignan Plage, located in France. Have a look at the project and the interview we conducted:

Lucien, can you introduce yourself?

I am technical director for Interaview Production, a company founded in 2001, specialized in the creation of visual and digital contents. Our main customers are major players in the tourism industry in France (Pierre & Vacances, Center Parcs, Belambra, Accor, Thomas Cook, Marmara…).

We loved your work! You have perfectly customized your project. Did your customer like it?

The answer is yes

Indeed, he is very sensitive to innovation and quickly realized that he could stand out with this kind of marketing communication campaign. 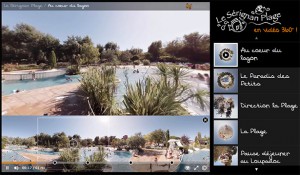 The idea was actually to customize the interface and add a layer of interactivity to allow the user to navigate through different places inside the campsite. This customization is for the moment only optimized for Chrome’s browser.

What equipment & software did you use?

I used a H3PRO7 rig with 7 GoPro cameras 3+ Black edition. I like the versatility of this rig and it allows you to record in 4k resolution. I would recommend a light equipment that will easily disappear in the final rendering. 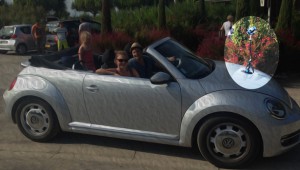 You used Autopano Video Pro to stitch video frames. How did you find the application in doing the job?

Autopano Video Pro is very simple to use and I found interactions with Autopano Giga very efficient.

I have to admit that the version 2 has a number of improvements:

However, we must not neglect the post-production time. We have to anticipate issues thay may occur when recording and try to minimize parallax errors.

What are your other projects?

We are about to make a series of 360° videos for several tour operators. People who come in travel agencies will be able to watch their future destinations through a virtual reality headset.

Thank you and good luck

The post 360° video | How to create value and integrate this new media in a website? appeared first on .