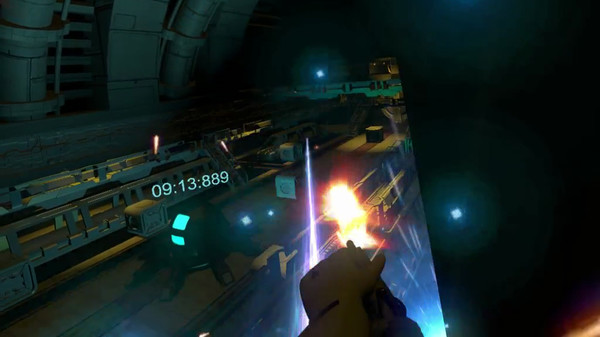 Earlier this year VRFocus reported on the release of XLR’S trailer for the HTC Vive. Now, XLR has received a pretty big update that has been put together over the last few months, including the style of the gameplay.

In the latest update on Steam, the developers talk through the past months and the main points that the team has concentrated on. “We’ve spent the last couple of months working really hard on this new update, and you’ll notice quite a few major improvements and changes. The biggest difference is that we shifted the focus away from being a tower defense game, and made XLR into a multiplayer arena shooter. After adding in player-vs-player combat as a test in the old XLR, we got a glimpse of how fun it could be, and we really feel that switching to an arena shooter was the right move. ”

There is an incredibly long list of items that feature in the update, the more prominent ones being the seven player classes added, new weapons and gear, improvements made to the movement and voice commands, and the removal of several features assumedly deemed ineffective. To get the full idea of evert single feature, check out the blog post.

The seven player classes could be said to be the biggest addition, with two more to be added. These classes include Hawk, a strategic type that attack from afar with sniper rifles; Slayer, the more traditional warrior style; Bliss, which is a peaceful monk; Shadow, where you play as a ninja; Logi,  a futurist; Tang,  who uses pure aggression; Thermo, who obliterates everything using flames; Ballisto, who calculates attacks; and finally Zoner, the type to encourage flow state attack. The two classes that are yet to come are Monk and Logi.

For more of an idea of how this videogame has totally changed, look at the video below. VRFocus will continue to follow XLR, so check back for more as well as the latest news and updates in the world of VR.