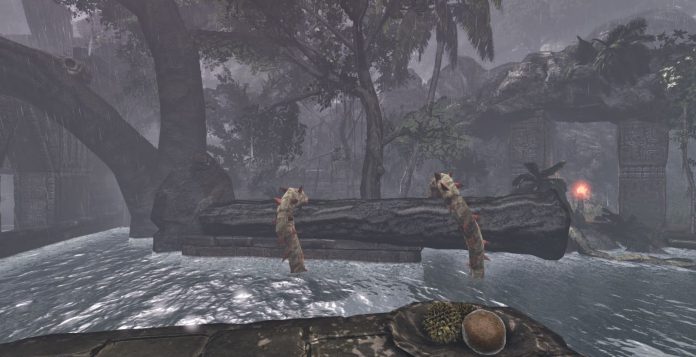 It was back in March when it was announced that Xing: The Land Beyond was named as a PlayStation VR title on a PlayStation blog post, and recently there was a trailer launched for the Electronic Entertainment Expo (E3) event, based in the Los Angeles Convention Center. It has now been confirmed that a virtual reality (VR) demo will be available and playable at E3.

If E3-goers are interested and want to try out the VR title, it will be available at the PlayStation booth throughout the whole of the event from 14th to 16th June, starting tomorrow. Previously it was reported that XING: The Land Beyond would be on display at Sony Interactive Entertainment’s (SIE) PlayStation booth but it wasn’t known if there would be a VR version of the videogame available.

The puzzle title is a relaxing first person experience, and as previously reported the gameplay footage takes you through part of the first level set on the beach, there’s scattered rocks which reveal the story and interactive objects to find that unlock other parts of the area. The E3 trailer that was first reported on features what you will be able to play through at the convention, and it includes annotations throughout the video explaining the key points of the demo such as how to play the game and explanations of the design.

The launch date for the title has been moved further long the year with to the end of 2016, rather than the original date of Spring, which has certainly been passed. XING: The Land Beyond is an Oculus Rift and PlayStation VR title, but during this event it will be availble on the PSVR.

For more on this title, the latest developments at E3, and all news and updates in the world of VR, make sure to check back with VRFocus.