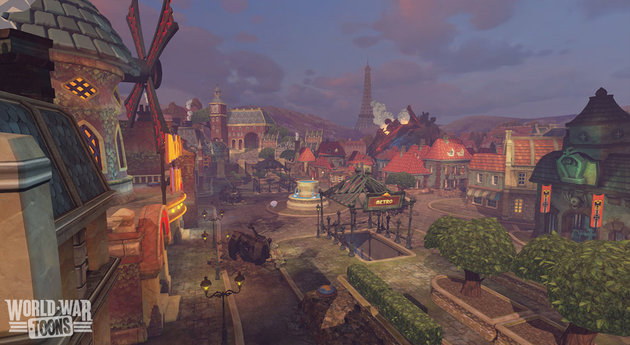 Los Angeles, California-based virtual reality (VR) developer Reload Studios is currently working hard on its debut title, World War Toons. The team has attracted a lot of attention to the videogame since its reveal earlier in the year, recently announcing an additional $4 million USD in funding to help bring it to both the Oculus Rift and PlayStation VR head-mounted displays (HMDs). Today, Reload Studios is reaching out to the VR community for help with filling in some of the title’s backstory and more.

Community Manager William Lewis has taken to Reddit to ask for assistance in coming up with descriptions for World War Toons‘ wacky brand of characters. Over the next eight weeks the developer will be posting up new threads in which it wants the community to offer up ideas for backstories and even lines that these characters might use in the full experience. At the end of each week the team will gather the best submissions for use on its website and in the final videogame itself, adding a touch of user-created content to the title.

For the first week, Reload Studios is focusing on the Allied Officer. The studio describes this character as a ‘tough and bossy’ military man. He’s known for talking down to everyone, which is somewhat ironic given that he’s the smallest member of the Allied team. He’ll refer to team mates as ‘Maggots’ though won’t prove so tough when the odds are stacked against him. The developer will post the best submissions online on 23rd November 2015.

World War Toons is a cartoonish online first-person shooter (FPS) made for VR and set in the Second World War. The title was seen using the PlayStation Move motion controller back at E3 2015, though it’s yet to be confirmed if it will also support the Oculus Touch controller for the Oculus Rift.

VRFocus will continue to follow World War Toons closely, reporting back with the latest updates on its progress.