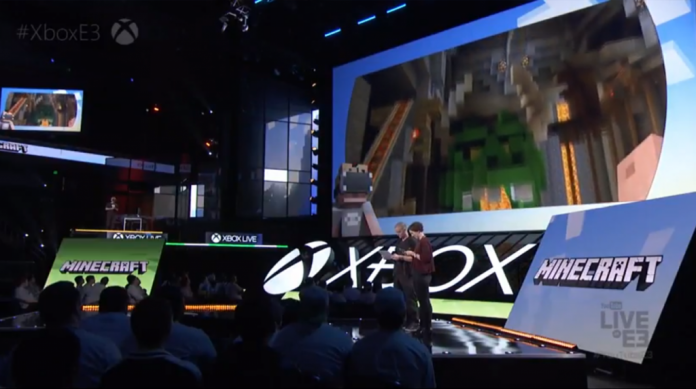 It’s Tuesday, so that must mean it’s time for me to break out the keyboard for another VR Vs. Firstly hello! I hope you enjoyed last week whether you were a fan or an industry member and at E3 2016 or not – and if you were indeed in Los Angeles, I certainly hope your trip back has gone smoothly. So two weeks ago I talked at reasonable length about Sony’s previous E3 in 2015 and the ‘false start’ of the PlayStation VR. How they absolutely couldn’t do that this time around. So do I think they delivered in 2016? Welllll… yes and no.

Actually, E3 as a whole was a bit meh. I was a tad surprised by some outlets declaring that E3 still had it and was amongst the best ever. Such declarations are usually universal in the most part, but it seems the majority were actually in the “it was okay, but” category. A conditional okay. Hardly a ringing endorsement is it?

I must've been watching a different E3. pic.twitter.com/EnVkra3uCu

In terms of virtual reality (VR) generally at the event, we did get a lot of PlayStation VR announcements including AAA titles getting in on the act, which is something VR has been begging to happen for years. Where these stand in terms of a proper standalone experience as opposed to ‘here’s a five minute thing with assets from the game enjoy’ is questionable however, and again this goes back to last two weeks topic and the need to deliver. Oculus meanwhile had announcements, new games on display and popped up in some unexpected places.

It’s difficult for me to comment on how things played of course, mainly because being stuck back in the UK I haven’t had the opportunity to try them. However, since VRFocus itself doesn’t do E3 awards, I thought I’d do a handful myself purely as a person watching on the stream. Because again, with VR if you’re not there you’re not able to experience it properly so you need to bring your A-game on the presentation side. So here are the things that stuck out for me at any rate.

Also a spoiler warning for reasons.

THE ALL WAYS TO PLAY ARE EQUALLY VALID AWARD
Winner: Microsoft

It didn’t take long for Microsoft to wheel out their cash cow known as Minecraft at E3 but the announcements they brought with it was very welcome. The ‘Friendly Update’ as it was so called unified play for people on Xbox and PC but what was particularly nice to see was the spotlight shone on Minecraft on Gear VR. Microsoft didn’t have to do that at all, yet they did and now thanks to more dedicated servers you’re going to be able to play alongside those people on the other systems. Showing all three systems interact with each other was nice and we had a special surprise appearance by John Carmack who talked about how Minecraft was the game he used as his benchmark to be able to say VR (mobile VR in this case) worked. They showed his point of view, Gear VR wasn’t made out to be a lesser experience just a different one. Nice one Microsoft.

The announcement of the pair of Bethesda titles coming to VR got quite the crowd reaction. A growing buzz as people’s minds quickly got to grips with the possibilities for both titles in virtual reality. It set the stage for other announcements afterwards that AAA gaming franchises were coming to the medium. It also confirmed there is excitement there for VR to really capture the imagination and be seen as that next level.

THE SWING AND A MISS AWARD
Winners: Doom VR/Fallout 4 VR

Unfortunately what we of course get with VR at this stage is just tech demos. The result, based on reports, seems to be a resounding “ehhhh”. You can read about DOOM VR here as Peter was able to get to grips with it but reports all seem to suggest a sense of disappointment that they weren’t more. Fallout 4 VR used teleportation movement, and those attempting that demo were encouraged to stay where they were so scripted events could play. Fair enough that you want to showcase the action, but if your first instruction to players is to not leave the immediate area you’re not exactly showcasing what makes Fallout… well… Fallout.

So in Batman Arkham VR after equipping yourself in the cape and cowl and loading yourself up with baterangs and such, you utilise Detective Mode to investigate the murder of Nightwing. Firstly, whaaaaaaat? Secondly, let’s be honest, no one really wants to be the World’s Greatest Detective version of Batman in VR. They want action. It looks like Batman Arkham VR is going the emotional route – heck if you’re going to go and off Dick Grayson, Rocksteady you can’t say you’re not – which will probably work but if it’s going to be all Detective Mode I’d rather have a VR version of Condemned if that’s all the same to you. That would actually make a stunning and twisted VR experience.

Initially suspected of being an experiment to see if Resident Evil would be a good fit on VR it turns out that it, well… was. Kitchen wasn’t the best of experiences, so reports that what Resident Evil 7 biohazard provides plenty of scares and a fresh feel on VR is very good news indeed. How the legacy of Kitchen fully plays into the story of RE7 we’ll have to wait and see.

THE FLIP THE TABLE AWARD
Winner: No Man’s Sky

So we’re all agreed that No Man’s Sky would be amazing in VR. We’re all agreed that it would sell hardware. We’re all agreed that it is the title most demanded to appear in VR. So for the love of everything why hasn’t this been announced yet? Even people who aren’t into VR get excited about the mere notion of it being in VR. Seriously Sony, what do we have to do to get this to happen? Would you like a kidney? Our firstborn? Some sort of deal with the devil that retcons our marriages? Come on now. Very little in VR actively screams ‘this would make lots of money’ and No Man’s Sky positively bellows it.

I’m a big fan of Rebellion’s attitude towards VR and in an industry where its important to show how things have improved and are progressing Rebellion are to my knowledge the only studio of note to actively release a trailer showing you. With Battlezone having appeared at the last E3 in 2015, the development team released a video giving a side-by-side comparison and discussing the various design changes they had made and why they made them. Battlezone has a very good rep anyway, one that started at the last E3 (see our preview from then) but to see that progress and how a game that already looked good now looked even better was great to see. I would love to see more of these sort of videos with VR showing the hard work design teams have done in development.

“Oh me, oh my!” A special plea for Sanzaru Games to add an option, if there wasn’t one already, to turn off the commentator in Ripcoil. Watching matches at best he was a distraction, at worse a severe irritation – and I wasn’t even the person playing.  Please don’t be one of those games whose commentator has only a limited number of phrases and then gives no option to mute them. It just detracts from the experience

Both HTC and Oculus showed off Mixed Reality (MR) at E3 but it was Oculus’ live stream showing it off that really got me excited. Seeing someone in the action, live really helped bring home to me some of the possibilities. Oculus’ choices for the live stream were a little weird, (don’t expect Ripcoil to take off as an esport anytime soon) but The Unspoken looked particularly awesome thanks to showing it in MR I wanted to see more of it and find out more about what was going on. MR used well is really going to be key going forward and I’d love to not only see but get involved in some MR live streams and let’s plays. Head over here to find out how Zeena got on with MR at HTC’s booth.

For having VRFocus, UploadVR and Road To VR (the big three of VR news) fighting each other on their live stream and staggeringly not advertising it. Come on now Oculus. All three of us know people want to see us slug it out! A missed opportunity, but one you can see in brief snippets here.

That’s all for this week, I’ll be back next Monday to exposit on something to do with VR. In the mean time be sure to check out some of the previews and features heading up on the site relating to E3 and there’s plenty more to come in the following days.