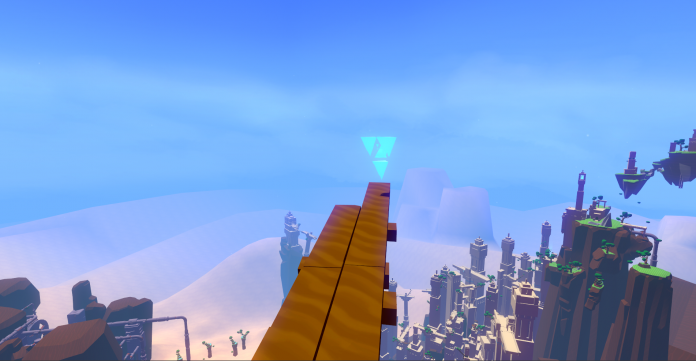 Virtual reality (VR) has increased in popularity and has made a real impression on the videogames industry, and it’s apparent in the way that VR titles are often included in competitions and showcases alongside traditional videogames. Three VR titles have made it to the finals in the Develop:Brighton Indie Showcase which will be decided next month.

The three titles, which make up the total list of 10, that have made their way to the finals are Psytec Games’ Windlands, pictured below, which received a respectable 3/5 stars by VRFocus; the horror Vive title A Chair in a Room: Greenwater, developed by Wolf & Wood Interactive, who earlier this year spoke to VRFocus regarding the title as well as room scale horror for the HTC Vive; and Unseen Diplomacy, developed by Triangular Pixels, who is not unfamiliar with developing for VR with titles such as the The Hatton Garden Heist and Smash Hit Plunder.

“Once again this year, the quality of games submitted took a huge leap forwards,” commented Adam Green, chairman of the selection panel, in a press release. He went on to mention the presence of VR within the showcase, and how it has come back in a big way this year: “It was fantastic in particular to see so many VR submissions, and the variety of new experiences developers are creating with this new technology.”

The Develop:Brighton event, Europe’s leading game developers conference sponsored by Unity, will be running on its Indie Showcase on the 13th and 14th July, and it is said the process considers points such as graphics, gameplay, technology achievement, and originality, which makes putting VR on the same level as regular videogames more understandable.

More news will come of this event as it happens, so make sure to check back with VRFocus for the results next month, as well as for all the latest news and updates in the world of VR.