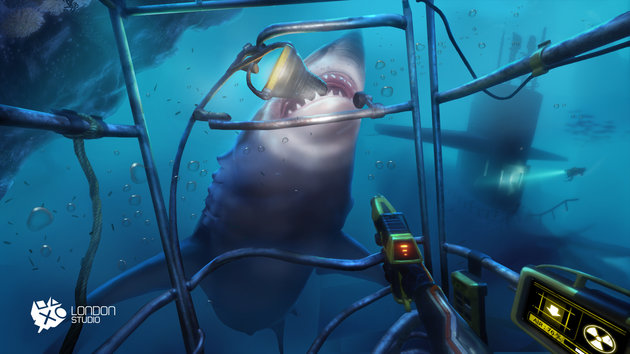 Virtual reality (VR) technology serves to intensify any type of videogame that a user experiences. For some titles that means deeper levels of relaxation or perhaps concentration. For others, it means greater levels of fear and more convincing violence. It only makes sense, then, that a new type of ratings system that’s either separate or altered from the standard videogames is considered. Now it appears that European ratings PEGI is indeed looking at changing the way it rates VR content with a consumer release on the horizon.

PEGI operations director Dirk Bosmans recently said as much to MCV: “PEGI should examine the coming wave of VR products using the current questionnaire, but reserve the right to reassess certain elements – more specifically the criteria around fear (currently rated PEGI 7) and horror (as in non-violent scary imagery, currently rated PEGI 12) – once a broader range of products hits the market in the coming period of time.”

That broader range of products isn’t far off; the Oculus Rift, HTC Vive and PlayStation VR head-mounted displays (HMDs) will all be available by July 2016 and with them will come lots of new VR videogames and experiences.

Bosmans’ comments are in line with those of Sony Computer Entertainment (SCE) Head of Worldwide Studios Shuhei Yoshida, who recently admitted that ratings systems may need to change for VR. In fact, some countries have already started assessing VR experiences differently. Back in January 2015 it was revealed that the German Ratings Board had classified one popular experience for the PlayStation VR, The Deep, higher in-HMD than when viewed on a standard display. Can we expect to see this situation become much more common as VR hits the market over the next 8 months?

VRFocus will continue to follow VR ratings, reporting back with the latest updates on their progress.