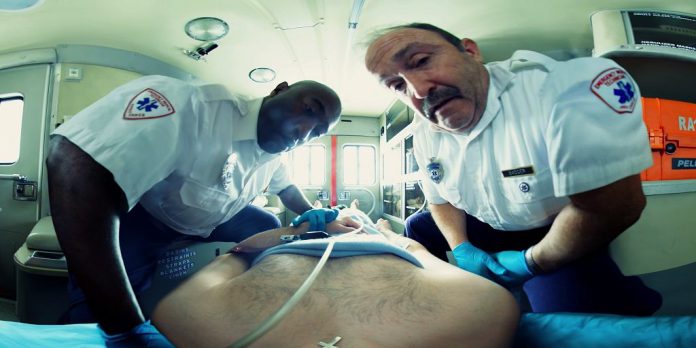 The 12th annual Fantastic Fest will be taking place this September in Austin, Texas and for the first time in the events history there will be a dedicated virtual reality (VR) program.

Festival organisers have partnered with Los Angeles-based VR studio Dark Corner to curate a selection of content that’ll feature three immersive experiences. These will be Burlap, directed by Justin Denton, Catatonic and its follow up Mule, both directed by Guy Shelmerdine. Shelmerdine founded Dark Corner and his latest experience Mule will see its world premiere at the festival.

“We’re incredibly excited to be an integral part of Fantastic Fest and share our experiences with their global audience,” said Dark Corner founder Guy Shelmerdine. “These films represent unforgettable journeys that are intended to push the boundaries of what 360º immersive storytelling can be. We cannot wait to unleash them.”

Mule is a dark, emotional, fast-paced ride that catapults the viewer through the frantic last moments of one very unfortunate man’s life and beyond, with Shelmerdine promising it will be “bigger, more immersive, and more terrifying” than Catatonic. The premiere will also see the unveiling of a new custom-designed installation piece tied to the film’s plot.

Filmed on Dark Corner’s custom-designed 360º camera rig, which features Sony A7Sii cameras created in partnership with Radiant Images, the production also featured the talents of multi-award winning team The Mill for the visual effects while the sound design and score were crafted by Dražen Bošnjak  from Q Department.

While Burlap is another horror experience split into two parts. Created by Justin Denton currently Creative Technical Director at Here Be Dragons, the 2D film tells the story of a disturbed killer who zeroes in on an unlucky babysitter to help complete the creation of his secret “masterpiece.” After which audiences then step inside the story with Burlap: Reflections, where they will experience the killer’s obsession in VR.

Catatonic needs no introductions it became a pioneering VR horror experience that’s been shown at countless festivals since its premiere at SXSW last year. Putting viewers in the role of a mental patient being wheeled through an insane asylum, bearing witness to the horrors that lurk round every corner. For Fantastic Fest the Dark Corner wing will feature vibrating wheelchairs for Catatonic, wherein audience members are strapped into a chair that allows them to experience every jolt and rumble for a greater immersive experience.

The festival will run from 22nd – 29th September, and for more information visit the official website. For all the latest VR news, keep reading VRFocus.