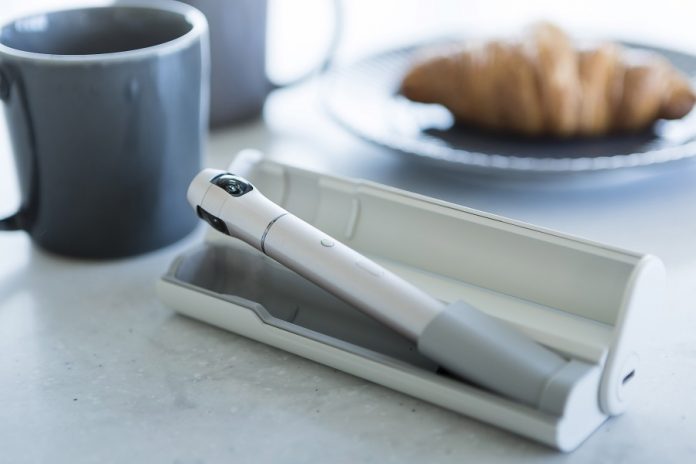 
Vecnos IQUI (pronounced “ee-kwee”) is a new pen-sized 360 camera with four lenses designed for ease of use, designed by Shu Ubukata, who led the team that created the original Ricoh Theta.  Here’s the product video:

The IQUI’s unique optical design with four lenses enables it to be more compact than most other 360 cameras.

The IQUI is designed for ease of use, with automatic exposure.  It will stitch its photos automatically through the phone app, which can apply animated effects.  It can also enhance backlit photos.  I have asked IQUI’s representative to confirm whether the video mode is also automatically stitched and whether it will be stabilized.

The IQUI has the optional carrying case ($98) that also serves as a charger.  As you open the case, the IQUI rises to the occasion, as it were.  The case can charge the IQUI twice.

The post Vecnos IQUI features and specifications: pen-sized 360 camera for casual users (designed by the creator of the Ricoh Theta) appeared first on 360 Rumors.