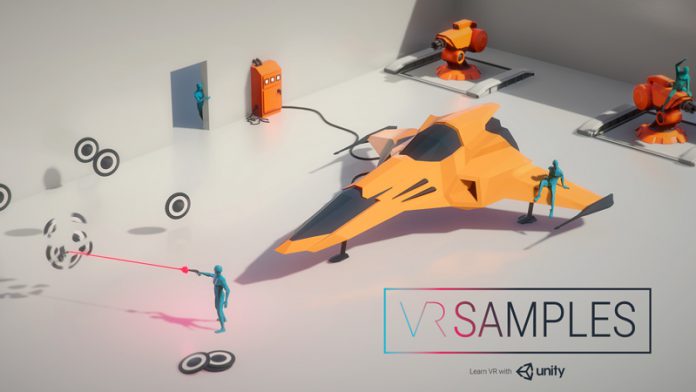 Though it may not feel like it to virtual reality (VR) enthusiasts, there are still plenty of developers that are yet to discover how creating content for this new platform differs to more traditional processes. The VR community has done more than an admiral job trying to communicate this message thus fan and, today, Unity Engine creator Unity Technologies is releasing something that should be a big help for anyone interested in getting into VR. The company has launched the latest version of its middleware, Unity 5.3, along with a new VR Samples experience to test out.

VR Samples has been created with the goal of quickly introducing developers to some of the new practises of VR, helping them get the most out of their experiences. It includes examples of creating titles that won’t create simulator sickness – one of VR’s key issues – though some playable arcade content. It also features a curved-display menu and four different mini-games to sample. This includes Flyer, in which players pilot a spacecraft through an asteroid field using only head-tracking for input.

There’s also Maze, a third-person experience that sees players use head-tracking and button input to guide a character through a series of corridors, a head-tracking controller first-person shooter (FPS) named Target Gallery and another 360 degree FPS in Shooter360. Elsewhere, Unity 5.3 itself makes some key fixes to its VR support that are listed below.

VRFocus will keep following the Unity Engine’s support for VR technology, reporting back with the latest.

VR: Fix crash when exiting play mode in the Editor

VR: Fix disabling ShowDeviceView preventing drawing to the game view with any camera

VR: Fix Fov in Scene/Game view of the Editor

VR: Fix incorrect info and toggles while HMD was disconnected