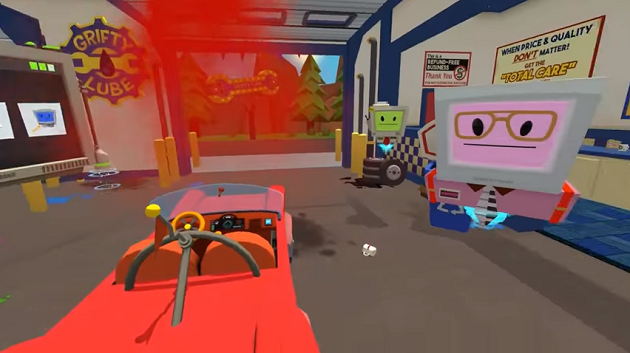 Easily one of the more recognisable titles featured in the HTC Vive virtual reality (VR) head-mounted display’s (HMD’s) launch line-up earlier this month was Job Simulator: The 2050 Archives from the team at Owlchemy Labs. The title was one of the free experiences made available to people that ordered the kit in time for launch, and has since been available to others for $39.99 USD. Just two weeks on from that launch, however, Owlchemy Labs has announced that it is cutting the price of its VR title, but not without refunding fans.

Job Simulator: The 2050 Archives is now available for $29.99, and anyone that already bought it can request a refund and then pick it up at the next price, even if they have more than two hours of playtime logged. Speaking about the initial pricing, the developer reasoned at the project had been an expensive one given that it took 15 people a year and a half to create.

“The point of Job Simulator was always to share the joy of VR with as many people as we could convince to put their hands (both gloved or un-gloved) on it!” the team wrote. “So we’re lowering the price. This will allow even more people to experience the mind blowing moment when you realize your hands can truly work in VR — and then be used to throw a stapler at your boss. The community has been sincere and honest with their feedback, and so we’re responding.”

Elswhere, Job Simulator: The 2050 Archives is still on its way to the Oculus Rift HMD with Oculus Touch support and the PlayStation VR HMD with exclusive content. Though unconfirmed, hopefully the new price will remain consistent across all platforms.

Check back with VRFocus for more on Job Simulator: The 2050 Archives.