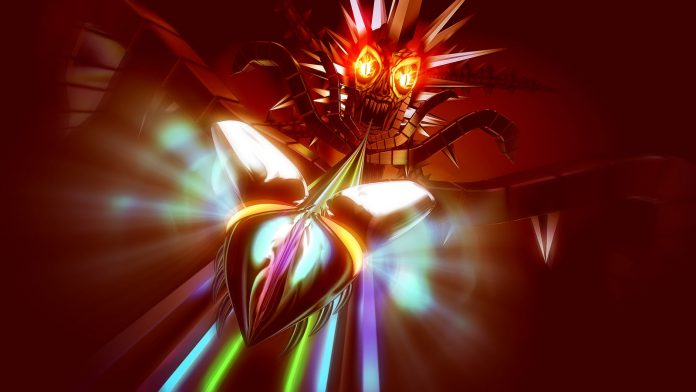 Thumper made its debut during the Electronic Entertainment Expo (E3), and it has now been announced that the “rhythm violence” title is to launch on the same day as the PlayStation VR head-mounted display (HMD), along with a collectors edition that can be pre-ordered.

The aim of this title was outlined by Marc Flury of Drool, who was lead programmer on The Beatles: Rock Band and Dance Central at Harmonix, saying “You don’t play the music in Thumper – you survive it.” The player travels as a beetle down a cosmic shoot where they are bombarded with musical obstacles that can can be overcome with rhythm-obeying commands. As stated in the press release, “Truly, it’s unlike anything you’ve seen, played or heard – a cocktail of kinetic action and aggressive acoustics. It’s the kind of game that inhales you, spits you out and leaves you yearning for more.”

As this is a music-heavy title, it could be easy to think that the sounds were designed before the gameplay, but it was designed in the opposite order. It has been reported that the Drool team first developed the mechanics and levels of the videogame, which was then followed by Brian Gibson, bassist for Lightning Bolt, who created “an integrated sound experience that maximizes overall impact”.

In the collector’s edition, with which Drool partnered up with iam8bit, there will be the game code for both the PlayStation 4 and Steam versions, a “psychedelic” picture disc, and cover artwork by Robert Beatty. This edition can be pre-ordered starting from tomorrow 9am PST, or 5pm BST. The full videogame will be available at launch of the PlayStation VR, which is 13th October this year.

For more on the latest PlayStation VR launch titles, as well as all the news and updates in the industry, check back with VRFocus.