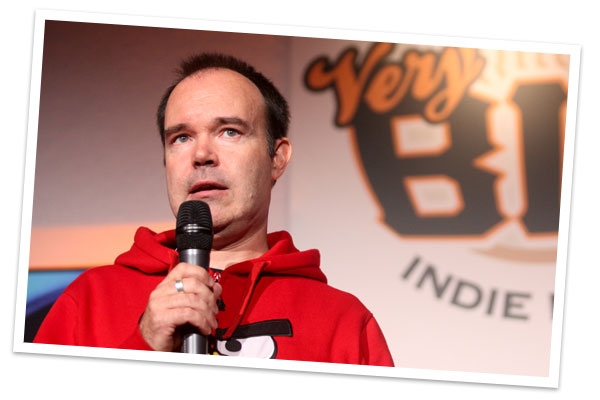 One of the biggest problems for indie videogame developers is how to fund the creation of a title, especially if its the first. There’re a number of ways to do this including crowd funding through sites like Kickstarter and IndieGoGo, or there’s trying to attract the attention of a publisher. It isn’t an easy task which is why studios look towards events like Pocket Gamer Connects, a global mobile games conference being held in London, UK in January 2016. At the conference is The Very Big Indie Pitch competition, which allows small developers the chance to showcase their projects.

The Very Big Indie Pitch is a large pitching competition that’s open to all types of independent developers of mobile, wearables, virtual reality (VR), or handheld games, no matter where they’re based. The developers are allowed four minutes to pitch to each table featuring leading mobile game journalists in a ‘speed dating’ style. Once everyone has pitched, the journalists will confer and pick the finalists who progress through to pitch live to an expert panel of judges for the grand prize.

The competition will reward the top developers with a share of a promotional prize package worth $7,000, as well as get their game in front of leading media and potential publisher partners.

Submissions are currently open until 11th December 2015, but don’t hold off as places do fill up quickly. The Pocket Gamer Connects conference will be taking place on 18th-19th January 2016, at The Brewery, 52 Chiswell St, London, EC1Y 4SD.

VRFocus will continue to follow all the latest news on the VR submissions for the competition as details are announced.