2016 is ‘the year of virtual realty’, so goes the common belief. While it’s true that the first wave of head-mounted displays (HMDs) is finally launching with consumers this year, there will be many who are still sitting on the fence, unsure of which device is device is best suited to there needs. To that end, VRFocus has compiled a comparison guide to help you understand the strengths and weaknesses of each the Oculus Rift, HTC Vive and PlayStation VR.

The Oculus Rift officially made its debut on 28th March 2016. The consumer pre-order version included both EVE: Valkyrie and Lucky’s Tale as free videogame titles, though the former has now been removed from the offer. That said, the proprietary Oculus Home application includes a number of free titles to download, including Oculus Story Studios’ Henry and the critically acclaimed Game Jam winner, COLOSSE.

Aimed at delivering a seated virtual reality (VR) experience, the Oculus Rift comes bundled with a ‘clicker’ controller and an Xbox One gamepad as standard, however motion-control input, known as Oculus Touch, is expected to launch late in 2016. No price or release date has yet been announced for this tertiary input option. 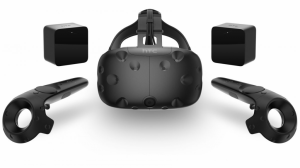 The HTC Vive launched soon after the Oculus Rift, 5th April 2016, and features full roomscale tracking as standard. Using two lighthouse base stations, the HMD works within a lasergrid encompassing a volume of up to 15’x15′ to enable the user to move freely within a virtual space. Motion controllers are included as standard as part of the package.

While the Oculus Rift utilises its own distribution channel, the HTC/Valve collaboration on the HTC Vive means that this HMD supports Steam by default. A many number of experiences are already available for the HTC Vive via Steam, though they do vary wildly in quality. 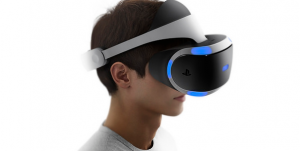 Below you can find a breakdown of the many important aspects to take into account when purchasing your chosen HMD, be it price, specifications, hardware requirements or the software that will be made available. You can keep up with all the latest software announcements at VRFocus.