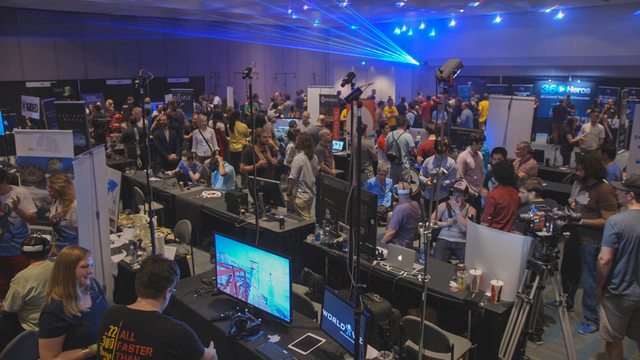 Following on from yesterday’s confirmation that former platinum sponsors AMD would be providing a kenote speech for the 2016 VRLA Winter Expo and will in fact be “presenting” all of VRLA ‘s 2016 events more announcements have been revealed for the event taking place at the LA Convention Center and Petree Hall on January 23rd 2016.

Virtual reality (VR) games studio Survios, whose previous credits include the award-winning title Zombies on the Holodeck have been confrirmed to be in attendance. They will also be showcasing their newest endeavour  An ‘Active VR title’, VRLA staff tease that attendees “will need a sharp mind and an active body to decimate a wave of killer androids and get out alive.”

Additionally, VR 360 video company 360Heros, who are already confirmed to be attending the event and showcasing their entire product line-up, have also been confirmed in a recently sent press release to be a sponsor of the Winter Expo.

VRFocus will be bringing you news updates from the event later this month. Until that time we will continue to bring you the latest in the run up to VRLA’s 2016 Winter Expo as new announcements are made. More can be found at the event website.