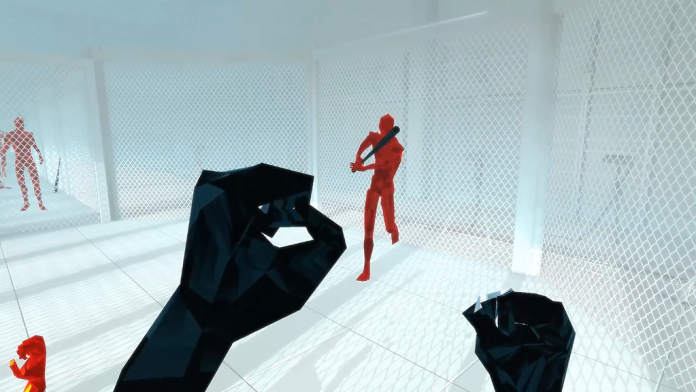 First-person shooter SUPERHOT has been teasing virtual reality (VR) support since its Kickstarter crowd-funding campaign way back in May 2014. The videogame launched on Steam earlier this year in February and today the developer has now launched a trailer for SUPERHOT VR with support for Oculus Touch.

SUPERHOT had always been planned for the Oculus Rift head-mounted display (HMD) but this is the first confirmation of Touch support. The video shows that players can see their hands to punch or disable enemies, grabbing guns or other objects to dispatch their foes.

In the mechanics for SUPERHOT players stand still the world around them moves in super slow motion, allowing them to plan a route of attack through an onslaught of enemies, dodging bullets and other obstacles. SUPERHOT VR doesn’t feature regenerating health bars, ammo or weapon pickups like a standard FPS, meaning players must use their wits, fists and anything else they find to shoot, punch and out manoeuvre everything in the way.

SUPERHOT VR isn’t a PC port of the original, in fact the studio has built this new version from the ground up for VR, and the abilities that Oculus Touch offers in terms of duel-wielding and hand tracking.

The SUPERHOT team has worked closely with Oculus over the development cycle of the title. Also confirmed is that when Oculus Touch launches later this year SUPERHOT VR will be available on day one.

Oculus VR still hasn’t announced when the wireless positional-tracked controllers will become available in 2016, simply stating it would be in the latter half of the year, or what the actual retail price will be. The launch of the controllers will then give the Oculus Rift similar functionality to rival HTC Vive.

As and when VRFocus hears more on Oculus Touch and SUPERHOT VR, we’ll bring you the latest details.