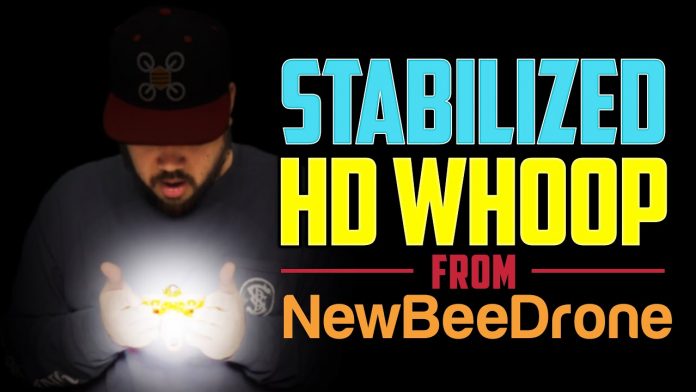 
Did you know that you can get stabilized HD on a tinywhoop-style 1S micro-drone? Here are sample videos and a tutorial that shows how NewBeeDrone mounted an Insta360 Go (reviewed here) on their tiny 1S drone.

Last week, I posted a video of an Insta360 Go on a 4-inch drone. Now NewBeeDrone has gone one step further and mounted it to a tiny 1S micro-drone small enough to fit in your hand.

Here’s a sample video with this setup:

It's amazing what our 1s whoops are capable of with the right setup! In and out with all the footage needed in 20 mins. Shout-out to @sdpaintballpark for the hospitality! #newbeedrone #brushless #hunmingbird #beebrain #paintball #whoop #cinematic

Here’s how they mounted the Insta360 Go on their drone:

Here are other videos with this setup:

NewBeeDrone’s video gave me an idea to try a similar mount on my Tinyhawk or Tinyhawk II drones.  BTW the original Tinyhawk is on sale at Banggood at $156 for an RTF kit (meaning it includes everything — drone, radio transmitter, goggles, battery, charger) or you can get the EMax EZ Pilot, which is similar to the Tinyhawk, but is designed to be easier to fly with altitude hold flying modes and is more affordable at GearBest.  Tinyhawk II is a new version of the Tinyhawk with a better camera, better VTX (video transmitter), more powerful motors, has LEDs around the prop guards, and can can be used either with 1S or 2S battery for outdoor flying.