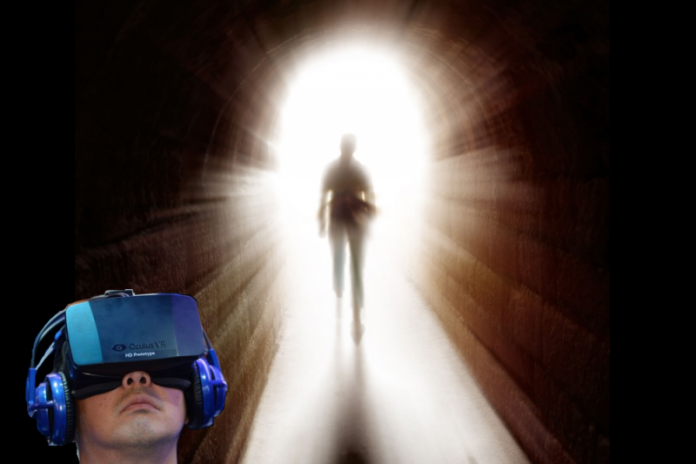 Virtual reality (VR) is often talked about as being the technology that helps progress other industries: cinema, videogames, medicine, retail. However, a crowdfunding campaign has touched on a much more personal aspect of VR, a way that we can reconnect and say our final goodbyes to those who we loved and have passed away in an app dubbed AfterLifeVR.

The idea of this somewhat sensitive app is that the user could scan a photograph of the person – or animal – they wish to be with again, and the application will upload the picture and configure the image so that once you put on your head-mounted display, the image is brought to life with a physical figure that you can interact with.

The developer, Michael Smith, shared the motivation behind creating this application: “One night a few weeks ago, I had a wild dream. I saw my grandmother in a vision. We didn’t speak but just enjoyed each other’s company. She has been passed away for years so this was just so nice to se her again even though I could’t hear her. When I woke up the following morning I had a great idea. What if we wanted to see our loved ones again? It could be a pet, relative, dear friend, etc.”

Smith did also explain that the application isn’t for “the timid or to joke with” as it intends on taking the user on an emotional journey. The need for the crowdfunding campaign is that he needs all of the programs and tech to handle the 3D modeling, facial recognition/mapping, animation rigging, photorealism, and even a platform to create the application on.

The AfterLifeVR crowdfunding campaign started three days ago and requires the total of $15,000 USD.

For the latest on crowdfunding campaigns as well as news and updates in the world of VR stay with VRFocus.