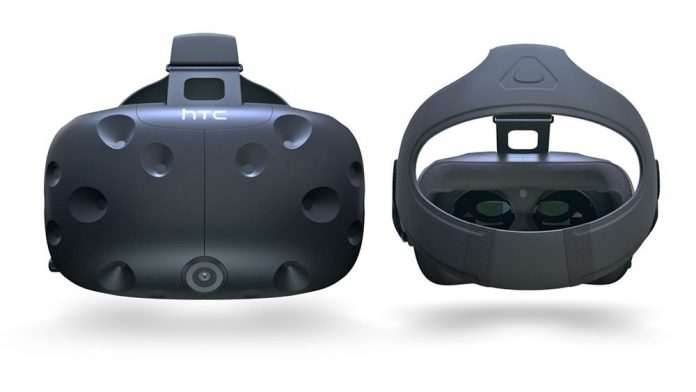 Eye tracking technology could be the next big step in virtual reality (VR) technology, allowing experiences to know where a user is looking to add a further immersive element. SensoMotoric Instruments (SMI), a specialist in the technology has today unveiled a developer kit for the HTC Vive head-mounted display (HMD), opening up the possibilities for content creators.

The headset has been modified with the addition of tiny, cameras and infrared light sources that’ll enable eye tracking based upon SMI’s computer vision algorithms. And the C#/C++ SDK comes with plugins for middleware development engines including Unreal, Unity and WorldViz Vizard.

SMI’s Director of OEM Solutions Business Christian Villwock said in a statement: “Our eye tracking platform is trusted, stable and proven with the leading consumer hardware makers, on the widest range of screens and devices, and with a quarter of a million users. It is upon that experience and success that this latest product, the Eye Tracking Upgrade for the best-selling HTC Vive, is built.”

This isn’t the first time SMI has released a development kit for a HMD that doesn’t natively include eye tracking. Back in 2014 the company released one for the Oculus Rift DK2 and earlier this year released an SDK for a modified Samsung Gear VR.

Including eye tracking in VR HMDs can have several uses. There’s foveated rendering, a process where software renders only the part of an image that the user is focusing on, in full resolution, while the other parts of the images are rendered at a lower quality. Gaze interaction where content can be selected by looking at it. Social presence, especially useful for creating a more realistic experience when avatars meet in virtual worlds. And analytical insights, which can be used by developers, researchers and businesses to study what attracts users attention.

SMI hasn’t said when the developer kit will be released but it will be showcasing its eye tracking HTC Vive and the other products from the OEM platform at SIGGRAPH 2016 next week.

VRFocus will continue its coverage of SMI, reporting back with any further announcements.