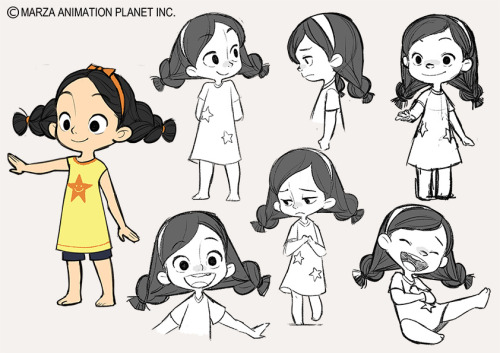 The MARZA Movie Pipeline for Unity plugin will allow movie production to be streamlined significantly, according to Marza Animation Planet. Entire scenes can have optimised assets and rendered with just one button click, while these assets can then subsequently be updated after the rendering process. Furthermore, using Frame Capture, the viewpoint can be captured as a sequence of OpenEXR image files.

“Using MARZA Movie Pipeline for Unity co-developed with Unity Technologies Japan, The Gift incorporates feature-quality character motions and shaders, which previously have been difficult to achieve through game engines,” states Maeda on the official Marza Animation Planet website. “Not only will we be capitalizing on this tool for movie content production, we’ll also be expanding this into digital content projects and developments across various platforms such as game, film and VR. [sic]”

The MARZA Movie Pipeline for Unity has not yet had any public availability discussed, either in terms of price nor release date, however the official Marza Animation Planet website suggests that this is the company’s intention. This technology is set to become an integral part of videogame engine developers business strategies, with Crytek having revealed Film Engine last month and Epic Games routinely showing the improvements in their Unreal Engine technology also. 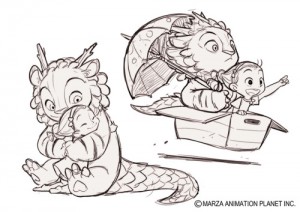 Exactly what SEGA’s involvement in the technology has been is not currently known, however the videogame publisher has frequently expressed an interest in VR as a medium with Alien: Isolation having been used as a showcase for the Oculus Rift at the Electronic Entertainment Expo (E3) in 2014.

The animated short, The Gift, Marza Animation Planet and Unity Technologies’ first showcase of the results that can be achieved with the MARZA Movie Pipeline for Unity, is available below and VRFocus will keep you updated with all the latest details on this new asset for VR production.