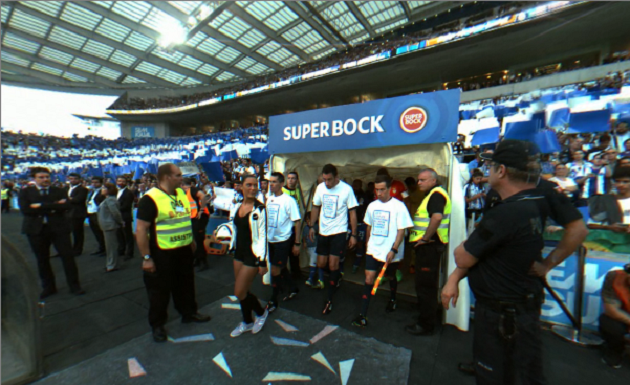 The match, which pitted FC Porto against S.L. Benfica, in September was streamed live from Portugal using IM360’s immersive VR technology. IM360 had 5 360 degree cameras positioned at the event for viewers to watch the match. The video is now available to watch on IM360’s website and via its app for iOS and Android devices.

IM360 introduced possibly the first 360 degree full digital camera system in 2004. From there the company supplied cameras and drivers for Google street view and developed software to view 360 degree content that worked over the web, and created then developed viewers for iOS and Android.

VRFocus will continue to bring you the latest VR developments from IM360 as details are announced.