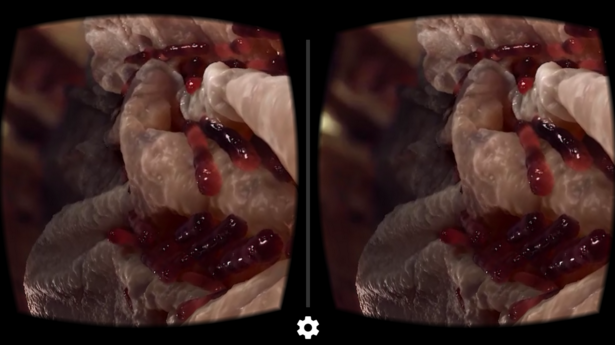 There’s plenty of buzz surrounding the major console and PC-based virtual reality (VR) head-mounted displays (HMDs) this year, but smaller, mobile-based devices are also seeing plenty of intriguing new releases. One such release is Random42, a new title that takes players on a 3D tour of the human body. The free experience is now available on both the Google Cardboard and Merge VR HMDs.

Random42 itself is a digital solutions company looking at the biotech and pharmaceutical industry. Here the company has created an accurate version of the human body with players will get to see in full 3D. It’s not yet clear if this experience will also be coming to other HMDs such as Gear VR.

“Take a visually stunning and scientifically accurate 3D ride inside the human body,” an official description for the app reads. “Watch red blood cells floating past, follow a signalling pathway into the nucleus or see bacteria dividing right next to you. This showreel of our latest Virtual Reality work shows the power of medical animation and how new technology can be harnessed today to understand complex scientific subjects.”

For the latest VR app releases, check back with VRFocus.

The post Random42 Takes You on a VR Tour of the Human Body with Merge & Cardboard appeared first on VRFocus.