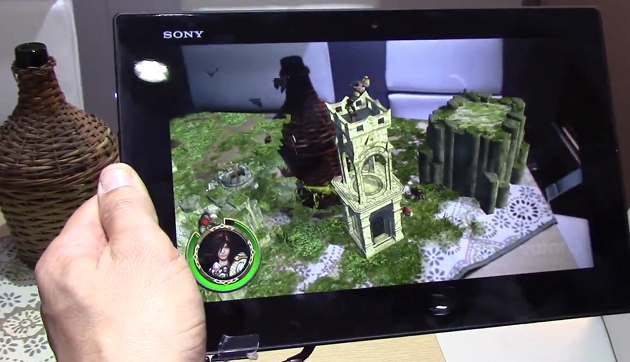 Virtual reality (VR) and augmented reality (AR) technology maybe increasing in scope, but for large companies like Qualcomm its still seen as a niche business. The mobile computing company, whose chips feature in a large amount of mobile devices, has now announced the sale of its AR platform Vuforia to PTC. The sale which Qualcomm revealed this week was for $65 million USD, reports Re/code.

The technology behind Vuforia enables people to use their smart device like a phone or tablet to create advertisements, toys and other objects as 3D images on screen. There are several companies developing this type of smart device AR tech, including Blippar. A number of developers have already signed up to the platform, but AR isn’t seen by Qualcomm as a core business to focus on.

PTC on the other hand must see the potential in the Vuforia platform. PTC is a U.S.-based computer software company specializing in 2D & 3D design software, product lifecycle management, and service management solutions, based in Needham, Massachusetts.

As part of the deal, Qualcomm VP Jay Wright, who has been handling the Vuforia business, will also be heading over to PTC to enable him to continue his development of the platform.

VRFocus will continue to follow all the latest news on AR, reporting back any announcements made.