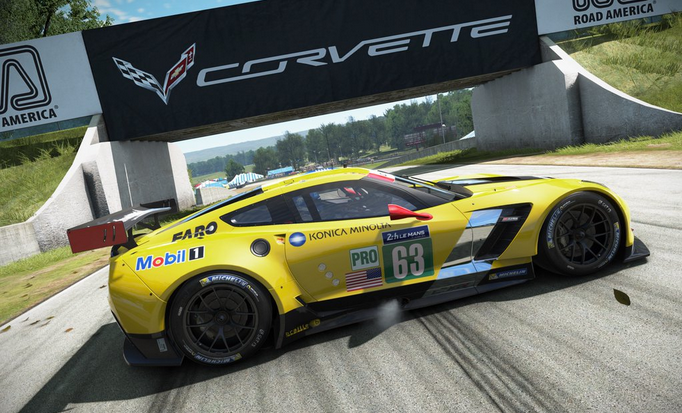 Slightly Mad Studios launched racing simulator Project CARS a year ago with support for the Oculus Rift head-mounted display (HMD). It was only last week when the developer announced additional support for the HTC Vive HMD as well. The title has 45 Steam Achievements to unlock, and VRFocus has the full list below.

Project CARS is available to purchase in two variants, the standard edition which is £23.49 GBP, or the Game of the Year Edition Bundle featuring 12 DLC packs for £39.95, giving a total saving of £26.72.

Lapped an opponent in a race

Had a reaction time of less than 0.2 secs off the starting grid

Created and saved a Pit Strategy

Keep Calm And Race On

Do You Smell Somethin’?

Made your brakes reach a temperature of 1000° C

Got all four wheels in the air for more than 0.88 secs

Won every race in a Career Championship

Completed every Practice, Qualifying, and Race session in every round in a Career Championship

Credit Where Credit’s Due

Crashed into the AI counterpart of an SMS employee

Performed three consecutive laps within 0.1 sec of each other

Won a Quick Race Weekend with Full Damage, Mechanical Failures, and Tire Wear (must be 5+ laps)

Half Racer, Half Demon

Drove faster than 333 km/h for over 6.66 consecutive secs

Beat a Ghost from the Time Trial Leaderboards

Player 1 Versus The World

Got pole position in qualifying, fastest lap in the race and won whilst leading every lap

Clean As A Whistle

Took a photo of your Signature Car at your Favorite Location

Taylor Would Be Proud

One More For The Road

Earned all other Trophies/Achievements

Won more than 20 events at your Favorite Location

Received more than 500 messages from your fans

Won more than 50 events with your Signature Car

A Day In The Life

Completed a 24 hour race using only realtime progression (and why not stream it?!)

Have an Affinity greater than 50% in all car classes