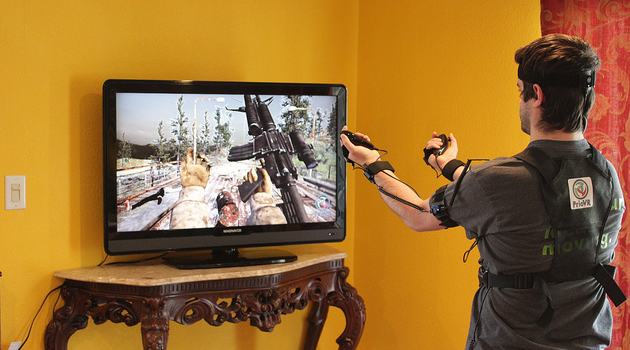 One of the first virtual reality (VR) peripherals that VRFocus ever reported on over two years ago now was PrioVR, a full body motion capture suit that could be used for control in VR videogames and more. The kit was created by Yost Labs, formerly known as YEI Technology. Today, the company is announcing the closure of a Series A round of funding in which it has raised $1 million USD to help it work on this product and more.

Alongside the PrioVR developer kit, which passed a Kickstarter crowd-funding campaign back in 2014, Yost Labs is also working on an ‘Attitude Heading Reference System’ (AHRS)/Inertial Measurement Unit (IMU) that aims to bring highly accurate, low latency tracking to a consumer device. The company even suggests that the tech could be used with a head-mounted display (HMD).

“Yost Labs is an impressive example of taking innovations from the lab and refining them based on market need and opportunity,” said John Glazer, Director of TechGROWTH Ohio, one of the Series A investors. “Ohio is committed to technology entrepreneurship. Ohio’s Third Frontier program and the TechGROWTH Ohio Fund is designed to support the State’s most promising tech startups and provide them with venture development assistance and investment capital. We are focused on the best of the best. Yost Labs is a big part of why the Ohio Valley is on its way to becoming the next Silicon Valley.”

Stay tuned to VRFocus for the latest on Yost Labs’ work in VR.