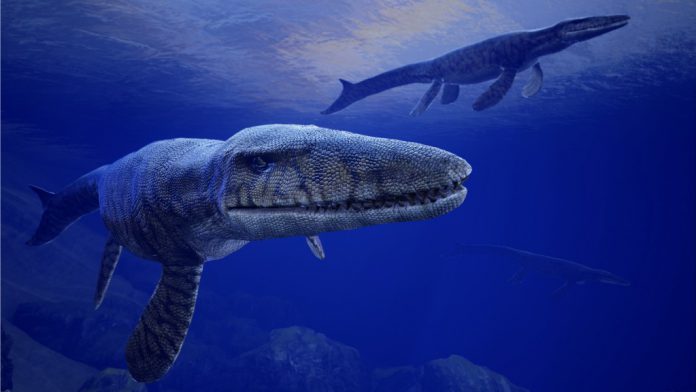 Minority Media’s claim to fame came in the form of an underdog PlayStation 3 release by the name of Papo & Yo. Success on the console fuelled the release of the videogame on PC, and in turn instigated mobile development at the studio. However, Minority Media is open about the fact that their efforts on mobile platforms where somewhat underwhelming; that it wasn’t a good fit for the studio. When looking for somewhere new to reside the team stumbled upon virtual reality (VR), and here was born the forthcoming Time Machine VR.

Now available via Steam Early Access and Oculus Home’s ‘Concepts’ channel, Time Machine VR is a videogame that shies away from the gung-ho action that many assume would work wonderfully in VR. Of course, the majority of the time that assumption is wrong. In its infancy VR is best suited to slower-paced experiences, and Time Machine VR delivers just that. Without violence, adult themes or any other provocative content. The demonstration version Minority Media offers is an intriguing first look at where AAA production will meet consumer VR in it’s earliest of incarnations.

Oculus VR has stated on many occasions that the Oculus Rift head-mounted display (HMD) will be aimed at seated VR. In-keeping with that, many developers have suggested that cockpit-based experiences are best suited to the HMD as they give the player a barrier to the virtual world while maintaining the player’s posture. Minority Media have listened to these wise words but instead of following suit with a dogfighting simulator, in Time Machine VR the team have opted for something a little different.

Time travel has been invented, but is kept in a limited state to avoid unnecessary risks. You are one of the privileged few that has been tasked with using the technology, exploring the history of our planet in the hopes of making new discoveries that will benefit mankind in the future and documenting discoveries for a space-based museum. It’s an overly complex premise perhaps, but one that is open enough to encourage a variety of gameplay opportunities. 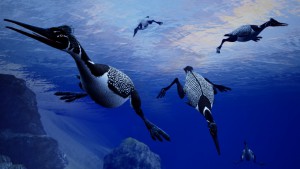 The version that VRFocus got hands-on with begins in the present day. A female companion informs you of your mission via a very well presented video streamed aboard your vessel; a small pod which allows for freedom of movement on all axis, and that you will never leave throughout the duration of the videogame. Once the dialogue has finished you pilot your pod towards the time travel docking station and in less than a moment you are in prehistoric times.

This small introduction allows you to get to grips with the controls. They’re simple enough and the small amount of drag on the propulsion enhances the feeling that you are aboard a small vehicle, aiding significantly in reducing the chances of inducing simulator sickness. The visual quality is undeniably high as you explore this small area, but it’s once you get under the water that things really get interesting.

The first mission in this demo was to scan a small collection of fishes. Nothing too taxing; simply highlight the fish to discover which you need to scan and then get close enough without scaring away your target. The first task is simple: scan the creature, then specific areas of the body. A gentle opening for what is intended to be a gentler interaction than most videogames. 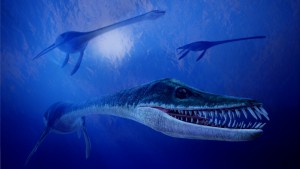 The second mission however, has you come face-to-face with large underwater beasts. Here you find previously undocumented dinosaurs and must get in close in order to gain the knowledge to further understand these creatures. Using rocks as cover as you propel yourself underwater, you must wait until the time is right to get in close. At this point the handy time-dilution function of your vehicle comes in to play. You are able to slow time by a significant degree but only for a few seconds; just enough to get in close, scan and escape before the beast is aware of your presence. However, once the time-dilution has begun it cannot be extended, and thus failure is a very real option, especially when faced with more than one creature.

Time Machine VR is an experience unlike any other currently on the horizon in VR, or in videogames as a whole for that matter. To suggest it’s an educational videogame is perhaps going to far – although Minority Media are certainly planning on including some sort of encyclopaedia in the final build – but it is most certainly a piece of interactive entertainment that differs from the norm. Though set for release in the very near future, exactly where Minority Media will take Time Machine VR remains to be seen. However VRFocus is certainly keen to follow this project along whichever path it chooses to take.