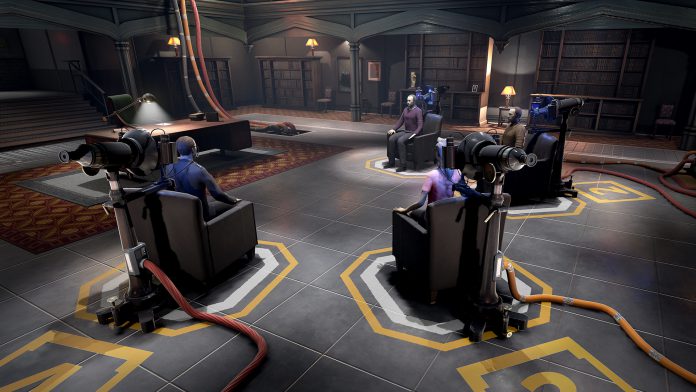 VRFocus previously previewed The Assembly on Project Morpheus, now PlayStation VR, and there was only one chapter that was playable at the time. Since last year, nDreams has worked to produce five more chapters, with the previous one slotting in its rightful chronological place. Not only have the chapters come along, but so has the general finish to the videogame, and this preview The Assembly was played on the Oculus Rift.

Through these six chapters, which is said to make up of half of the complete experience, the player will take on two roles that switch with each level: newbie Madeleine Stone and veteran Cal Pearson. Both are inside the same organisation, the Assembly, but have very different perspectives of what it means and does, and through the overall narrative there are clear clashed of what is really going on.

When playing as Madeleine, the player is subjected to a raw introductory experience of the organisation, with an incredible feeling of reluctency with each step. The Assembly is often described as a battle between what is morally right and wrong, and when playing as Madeleine the player can find themselves constantly questioning why they are being ordered to complete each task, and what the meaning of it is – especially as she is essentially kidnapped.

Carl, on the other hand, has a more of an insider’s look as when progressing through the chapters he is familiar with his colleagues and the doctors that pose as a threat to Madeliene. It is clear that something is wrong. With each new discovery as Carl rummages through old emails and looks at various slides that contain strands of worrying viruses, the player backs his views on the potential immorality of the organisation he has been a part of for years. 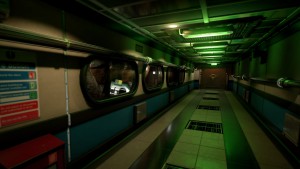 The Assembly was emphasised to be a narrative-based title, which is very much in accordance with the amount of information the player has to take in, especially when playing as Carl. However, there seems to be a struggle as there are some intriguing puzzles that, once completed, feel as though they were prematurely concluded or cut short. For example, during one of the middle chapters there is a puzzle where the player has to successfully remove obstacles in order to place boxes on their colour-coordinated placements. The player is asked to complete several of these puzzles, which then gains momentum all up until they are asked to move on. The puzzle aspect could benefit from an increased duration as breaks from the heavy narrative.

The gameplay itself is mostly hit and not so frequently miss. As it is self-described as “the perfect introduction to VR”, it is encouraged that first time VR players, or those who haven’t had many tries, should take on the teleportation means of locomotion in this first person title. This is, plainly speaking, a point and click type of interaction with your surroundings, which takes away the worry of motion sickness when walking in first person. 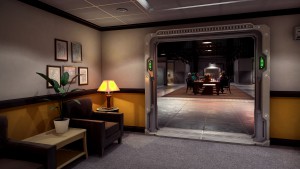 This, after a few minutes of getting used to, is a solid way of jumping those hurdles, but the player is often prone to overstepping the boundaries of comfortable gameplay, finding themselves sometimes with their face against the wall. This, as well as the apparent constant looking down that the player has to do when reading the many emails to gain clues to the situation. There is also the option for free walking, which – if the player isn’t overzealous in their approach – doesn’t cause much motion sickness at all, and lets the player move in a more natural and familiar way when using the Xbox One controller.

Overall, the narrative that has been worked on primarily by the developers is unnerving yet enticing, the characters are easy to understand and get behind. The finish to the chapters that are currently completed gives the title a more premium look compared to many other videogames with more basic detail, and the surrounding audio gives it a whole new dimension.