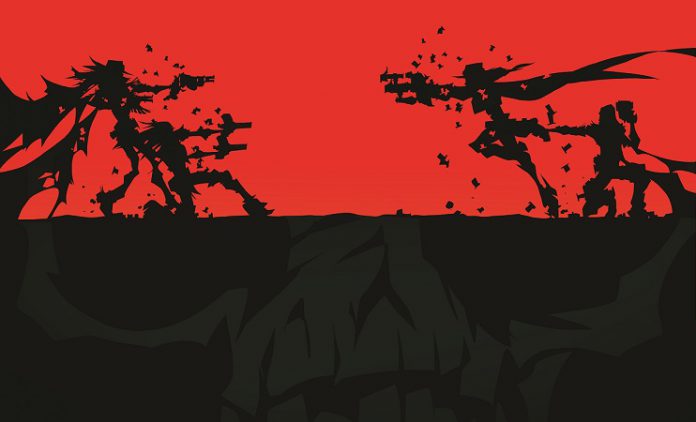 An internal videogame project from Oculus VR’s own Oculus Studios, Dead & Buried was first revealed at Oculus Connect 2, Hollywood, in September 2015. At the time it was a bug-ridden hint at something which could be interesting, but feel far short of offering a truly compelling shooting gallery experience. At last month’s Game Developers Conference (GDC), San Francisco, however, a brand new build was revealed, and was just as exciting as we were all hoping for first time around.

While the original build was single-player only, Oculus Studios finally revealed their multiplayer edition of Dead & Buried. A 2 vs. 2 arrangement, each team took one side of a bar as they engaged in shooting mayhem. Moving into cover and popping out to take shots, Dead & Buried measured a player’s location based on their head position and the tracking of the Oculus Touch controllers; rarely did a kill or having been killed feel unfair. However, the lack of a system such as the HTC Vive’s chaperone to warn the player when they were moving out of tracking range did regular scupper plans of adopting new cover, resulting in an untimely loss of life as you try to move back into the position you are forced to adopt.

In several of the spawn locations (upon death the player is respawned in a new location on their team’s side of the map) a new weapon can be found. The player is initial equipped with two pistols, using the same reload-flick mechanic evidenced in the first preview build of Dead & Buried, but additional weaponry such as shotguns, grenade launches and crossbows are available to replace one or both of the six shooters. The grenade launcher offers a definite advantage at present, arguably overpowered as it is the only weapon able to score a kill while an enemy is entirely hidden behind heavy cover.

The variety of weapons plays well into the fast-paced mayhem of Dead & Buried‘s multiplayer, as there’s nothing complex about the available arsenal. It takes only a few shots to learn the strengths and weaknesses of each weapon and to evaluate the tactical advantage. A single-shot weapon is obviously going to be more powerful, with a single headshot resulting in a quick kill. The grenade launcher (though currently overpowered) features splash damage that can hurt both enemies when located near enough to one another. It’ll all sound pretty familiar to anyone who’s experienced shooting-based videogames of any kind, but that is most definitely the intention. 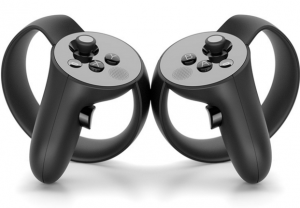 As with the gameplay design, the visual appeal of Dead & Buried has progressed significantly since it’s debut. Maintaining the chunky Darksiders inspired cartoon Old West aesthetic, the selection of playable avatars and the single stage in which the gameplay took place are both brightly coloured and appealingly detailed. Furthermore, none of the inconsistencies of the original build raised their ugly head here; Dead & Buried has been fleshed out into something more closely resembling a videogame universe than a simple technical demonstration.

That Dead & Buried has come on leaps-and-bounds since its debut is not a shock; it has had a further six months of development time, after all. However, that it is now one of the most engaging multiplayer titles yet showcased for the Oculus Rift suggests that rapid prototyping based on initial feedback has serviced the team well. Dead & Buried has become one of the hottest properties for Oculus Touch, and VRFocus can’t wait for the opportunity to get more hands-on time with the Oculus Rift exclusive title.