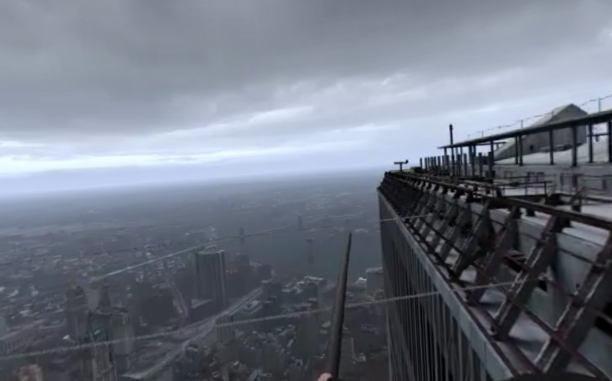 There are only a handful of non-gaming virtual reality (VR) experiences confirmed for the PlayStation VR virtual reality (VR) head-mounted display (HMD right now. Among them is an experience designed to promote last year’s The Walk, a Sony Pictures movie that tells the story of French high-wire artist Philippe Petit and his historical stunt in which he walked between the Twin Towers of the World Trade Center back in 1974. Today, however, that experience has come to smartphones with support for mobile HMDs.

The free experience is now available on the iOS and Android operating systems (OSs) and supported displays such as Merge VR, which the official description for the app actually makes specific mention of. It allows viewers to attempt that 94 storey high walk between two towers, with full head-tracking control helping you to feel like you’re really in the experience. The description does note, however, that the experience could be viewed when seated.

A trailer for the Robert Zemeckis directed movie also featured in the app. It launchs on Blu-Ray and DVD today. There’s no word yet on if it will also be available once PlayStation VR launches for consumers in the first half of this year.

For the latest updates on any and all VR experiences, keep reading VRFocus.