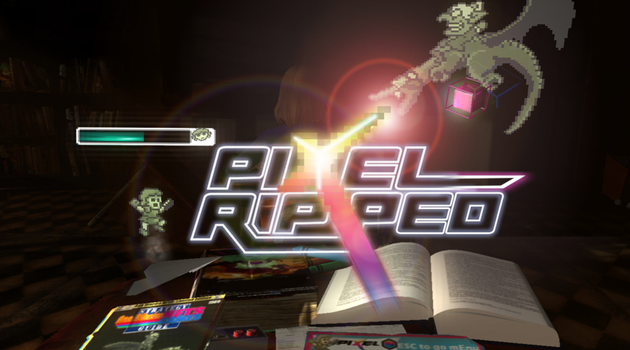 Playhubs a co-working space for the games industry and an incubator for early stage games startups has hosted a number of virtual reality (VR) events over the course of 2015. To round off the year it will be hosting a VR Christmas showcase as its base in London, UK on Thursday 15th December for all VR enthusiasts.

Attending the event for the VR industry will be residents Wolf & Wood (A Chair in a Room), Trashgames (Stone Road) and 4PM (Negotiator). Also there will be Pixel Ripped made up of indie developers Ana Ribeiro and Stef Keegan as well as special guests Team VRLympix (aka Bandello) with work on show.

There will be lots going on at the event with beers, snacks and plenty of VR technology to play with and discuss. It will start at 3pm GMT and continue onto 8pm GMT. Entry is free but you’ll need to register so they know numbers. It’ll be kaking place at Room M48, New Wing. Somerset House. London WC2R 1LA GB.

Playhubs is a not-for-profit organisation co-founded by David Gardner, David Lau-Kee, Paul Heydon, and Chris Lee. The organisation supports teams through mentorship, masterclasses , introductions to investors and by building a community of forward-thinking industry professionals.

VRFocus will continue to bring you all the latest playhubs news relating to VR as details are announced.