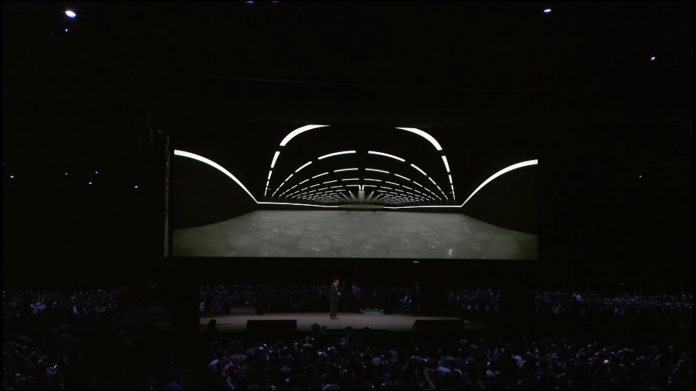 Pitches can be one of the hardest hurdles in getting business ideas off the ground. But, are they always received in the way they were intended to be? Not every pitch is successful, and that isn’t down to the content, but the way in which it is presented. Virtual reality (VR) could revolutionise the perfect pitch.

Virtual reality (VR) is a tool that every business can benefit from, and not as a cheap ploy to spark interest by flashing new technology to impress the client – that instead can be left to the likes of marketers. The main way that has been utilised so far by companies that may or may not have anything to do with VR is using head-mounted displays (HMD) to immerse the client during pitches.

The use of VR during pitches or to explain something has been proven successful with its way of immersing the viewer into exactly what the developers want them to experience. If you cast your minds back to when Samsung launched the commercial version of the Samsung Gear VR during Samsung Unpacked event this year, the Gear VR was actually used on the audience, which then provided one of the more iconic moments so far in the emergence of the industry (despite being teased as a pretty geeky show off).

However, pitching VR in VR comes across as easy enough as the process is pretty much self-explanatory and self-promoting. Using VR for non-VR purposes on the other hand can be tricky, and if used incorrectly it could damage the effectiveness of the overall pitch. Two Dutch companies, however, developed a way to use VR to showcase native projects to the biggest startup event in the world last month, taking viewers on a “Willy Wonka-style journey” that showcases innovations from the Dutch in areas such as biotech and water management. What this meant was showing how companies use heat from computer servers to heat houses, or generate electricity from wetlands. If you were to read this pitch or watch a PowerPoint presentation on this subject, there could definitely be a tendency to revert back to our school years and switch off from the info-heavy explanations. However, this self-sabotage was not achieved.

The Elevator Pitch, as it was named, was designed for mobile-based HMDs such as Samsung Gear VR, Cardboard viewers, and also via YouTube as a 360-degree video, with neon lines and annotations to help viewers grasp the information they are taking in, travelling up into the air and into other environments where each of the start-up examples take place. This – if you excuse the pun – takes pitching business ideas to a whole new level. Clients are able to see exactly what you are envisioning, and there isn’t a chance for them to become distracted by what they can doodle or what is outside the window.

It’s a sure bet that as more businesses become familiar with VR that there will be an air of confidence in trying it out, and it wouldn’t be a bad gamble in the slightest.