The Pico Neo virtual reality (VR) system was announced earlier this month by Pico Interactive Inc., taking a different approach to VR head-mounted displays (HMDs) by using a wired controller attached to the headset that powers the system. Today the company has revealed that the Pico Neo will make its industry debut at the Electronic Entertainment Expo (E3) 2016 in Los Angeles, California, next month.

The Pico Neo has been designed to give users a lighter mobile VR headset experience than rivals like Samsung Gear VR by putting the processing power into the controller. The system uses Android 6.0, a Qualcomm Snapdragon™ 820 processor and two 3.81-inch, 1k AMOLED displays, alongside 32GB of storage, 4GB of RAM, Wi-Fi and Bluetooth 4.1 compatibility. There’s a built-in 5000Mah battery that should be good for around three hours use, and it supports Qualcomm Quick charge 3.0 technology.

“The Pico Neo is a substantial leap in VR technology, featuring the portability of smartphones and tablets and combining stand-alone functionality and the high performance of dedicated systems through the Snapdragon 820 processor,” said Henry Zhou, CEO of Pico Interactive, Inc. “As we move towards launch, E3 represents a significant milestone in the platform’s development and we are quite eager to see how the virtual reality and video game community embraces and experiences our flagship product.”

Pico Neo is scheduled to launch in late 2016 for a reported $550 USD for the full kit, or $300 just for the headset if users want to plug it into a PC, although official worldwide prices have yet to be confirmed.

E3 will be running from Tuesday, 14th June to Thursday, 16th June 2016, and VRFocus will be there to report on all the latest VR announcements. 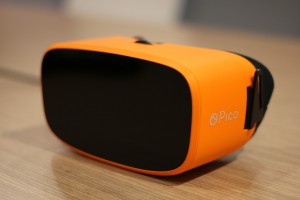 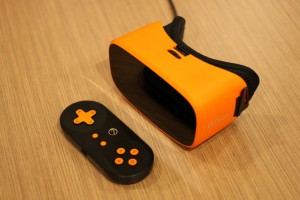 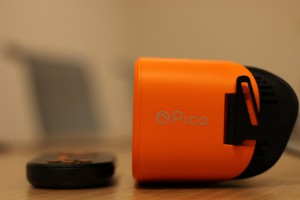